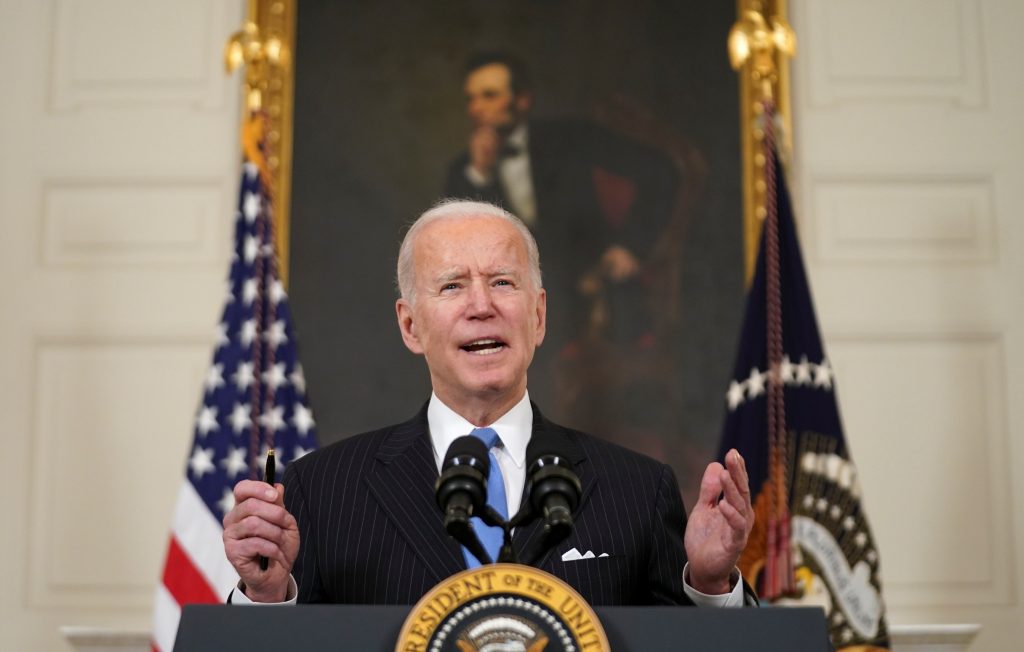 Democratic U.S. senators and President Joe Biden have agreed to place an income limit on Americans who would receive stimulus payments under his $1.9 trillion coronavirus relief package, according to media reports and lawmakers on Wednesday.

That comes as the Democratic-controlled Senate expects to open debate as early as Wednesday, with a final vote for passage seen later in the week.

The plan would phase out the $1,400 payments faster for higher-income individuals after moderate Senate Democrats pushed for more “targeted” spending, the Post said. The previously passed House bill said the checks of $1,400 per person would go to individual taxpayers earning between $75,000 and $100,000.

Senate Democrats said they would consider a bill that blocked Americans earning $80,000 per year or more and couples earning $160,000 or more from receiving the $1,400 payments.

“It’s an appropriate way of bringing this to a successful conclusion,” Senator Michael Bennet told reporters. Senator Debbie Stabenow said the caps would be “a reasonable compromise.”

The 100-seat chamber, which is split 50-50 between Democrats and Republicans, is due to consider a motion to begin 20 hours of debate on the sweeping legislation, according to a Senate Democratic aide. A vote to proceed could be an early indicator of how much Republican opposition the package faces.

The bill would pay for vaccines and medical supplies, boost jobless assistance and send a new round of emergency financial aid to households, small businesses and state and local governments. Democrats aim to get it to Biden to sign into law before March 14, when some current benefits expire.