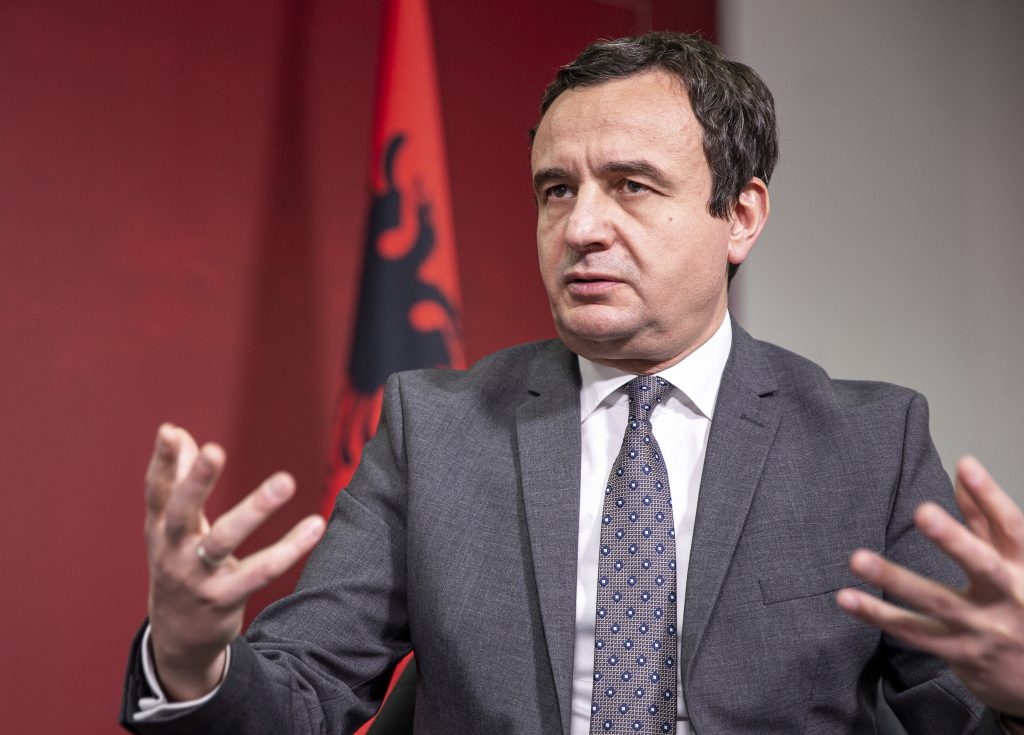 Kosovo’s prime minister-designate has found himself in a difficult diplomatic position ahead of taking the post following his country’s diplomatic ties with Israel.

Albin Kurti of the Self-Determination Movement party, or Vetevendosje!, is expected to be Kosovo’s next prime minister after his party won the Feb. 14 parliamentary election.

On Monday, Kurti met with the Turkish ambassador in Pristina, and Kosovo’s decision to open an embassy in Yerushalayim was among the topics of discussion.

“The place where the embassy will be located is to be considered following checking of the documentation of the outgoing government,” said a statement issued after the talks.

On Feb. 1, Kosovo established diplomatic ties with Israel and decided to open an embassy in Yerushalayim — becoming the first European country and Muslim-majority one to make such plans. It followed the U.S. and Guatemala in doing so. Most countries’ embassies are in Tel Aviv.

Turkish President Recep Tayyip Erdogan has warned Kosovo that the move could damage future relations with his country.

“I believe that it would be beneficial to avoid such a move that would cause great damage to Kosovo,” Erdogan said.

Israeli Prime Minister Benjamin Netanyahu wrote that “I attach much importance to Kosovo’s decision to open its embassy in Yerushalayim and I look forward to hosting you in Israel for its inauguration.”

The letters sent in February were published by Kurti’s spokesman, Perparim Kryeziu, on his Facebook page as part of congratulations from world leaders on his victory.

Palestinians claim east Yerushalayim, captured by Israel in the 1967 Mideast war and later annexed, as the capital of a future state. Most of the international community doesn’t recognize the Israeli annexation of east Yerushalayim and says the competing claims to the city should be resolved through negotiations.

Kosovo’s Parliament declared independence from Serbia in 2008, nine years after a U.S.-led 78-day NATO airstrike campaign against Serbia to stop a bloody crackdown against ethnic Albanians — most of whom are Muslim — in Kosovo.

Most Western nations have recognized Kosovo’s independence, but Serbia and its allies Russia and China have not.