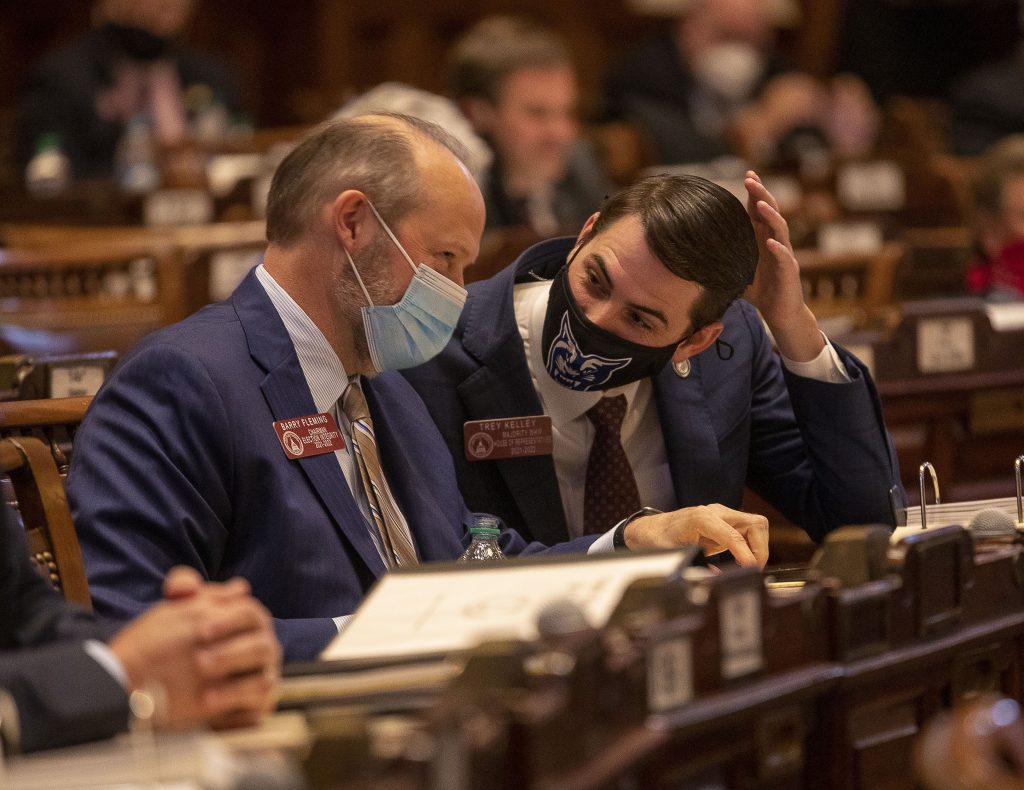 Republican lawmakers in Georgia passed legislation in the state House on Monday that would roll back voting access, over the objection of Democrats and civil rights groups gathered at the Capitol to protest.

House Bill 531 passed the lower legislative chamber by a vote of 97-72. It now goes to the state Senate for more debate.

The far-reaching bill would require a photo ID for absentee voting, limit the amount of time voters have to request an absentee ballot, restrict where ballot drop boxes could be located and when they could be accessed, and limit early voting hours on weekends, among many other changes.

It is one of a flood of election bills being pushed by GOP lawmakers across the country this year that would roll back expanded voter access.

Republicans say the measure is needed to restore the public’s confidence in elections, after former President Donald Trump and his allies relentlessly pushed claims about fraud.

“House Bill 531 is designed to begin to bring back the confidence of our voters back into our election system,” said Republican Rep. Barry Fleming, the measure’s chief sponsor.

“It’s pathetically obvious to anyone paying attention that when Trump lost the November election and Georgia flipped control of the U.S. Senate to Democrats shortly after, Republicans got the message that they were in a political death spiral,” Democratic Rep. Renitta Shannon said. “And now they are doing anything they can to silence the voices of black and brown voters specifically, because they largely powered these wins.”

Dozens of protesters gathered just outside the Capitol on Monday in opposition to the bill, chanting “say no to voter suppression” and “protect the vote.”

“Today, before the eyes of this country, Georgia is poised to pass some of the most egregious, dangerous and most expensive voter suppression acts in this entire nation, rolling back years of hardball progress and renewing our own reputation for discrimination,” the Rev. James Woodall, president of the Georgia NAACP, said at the rally.

Alaina Reaves, the president of the Clayton County Young Democrats, was among the protesters.

“We take one step forward and then you know these legislators are trying to bring us up to two steps back,” Reaves said.

Later Monday, the state Senate Ethics Committee approved a Republican-backed bill that would limit who can vote absentee in Georgia to those 65 and older, people with a disability and people who will be away from their precinct on Election Day.

That bill would do away with no-excuse absentee voting adopted by a Republican-controlled legislature in 2005. It could soon move to the full Senate for a vote.