Business AUTO REVIEW: Even Taking the Low-Price Road, the 2021 Lexus IS 300 Reaches the Highs
Business 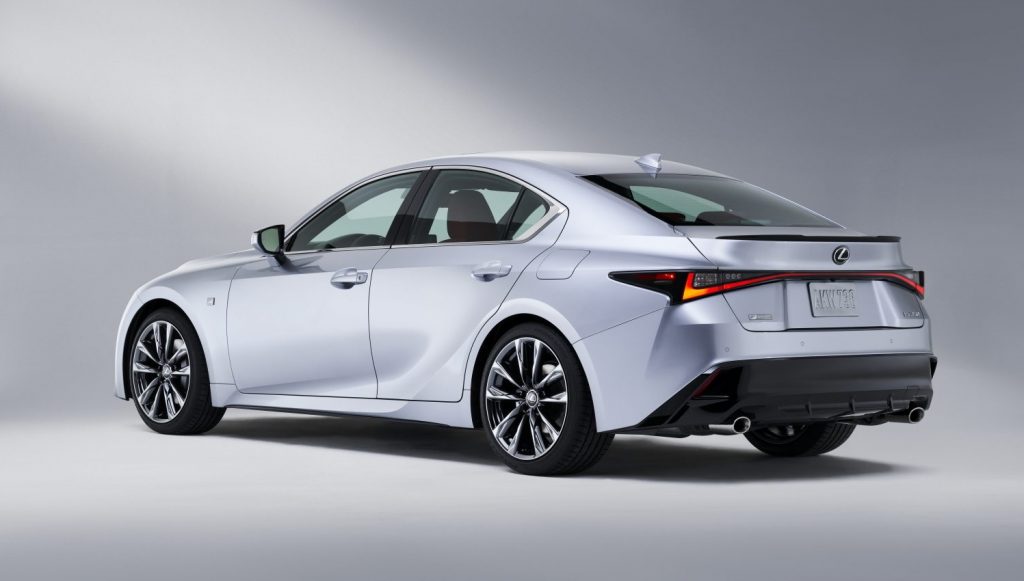 Conventional wisdom: Edmunds.com likes the “smooth and comfortable ride on bumpy roads, cabin is well-isolated from noise, offers more features for the money than German rivals,” but not the “subpar fuel economy with all-wheel-drive power train,” or that the “rear seats can be a tight fit for adults.”

Reality: The IS makes a great companion, even when it’s F-less.

What’s new: It’s been a long time since I tried an IS that wasn’t an F Sport. So this “low-budget” IS gives us a good point of comparison against other lesser premium sedans, the lesser Volvo S60 T5 and the redesigned Acura TLX, which has only a four-cylinder available.

Up to speed: The 3.5-liter V-6 created 260 horsepower, which is almost exactly the midpoint of our test vehicles. But somehow Lexus has those horses trained to run in perfect harmony, and acceleration is delightful. The IS AWD goes to 60 mph in 6.1 seconds, according to Lexus. That’s a tick faster than the S60 and almost a second faster than the TLX.

Racing from a standing start is fine, but the IS also performs wonderfully for all other maneuvers — passing, hill-climbing, accelerating out of corners.

Shifty: A six-speed transmission feels like the good days old now, but it’s a nice number to work with and the Lexus performs wonderfully in spite of it.

Shifting is available from paddles or the lever, although the lever click is not quite as perfect as the Acura or many BMWs, and the shifting can be balky before the vehicle warms up. Leaving the Lexus in automatic mode makes for a more enjoyable experience overall.

(Rear-wheel-drive versions get an eight-speed automatic.)

On the curves: Outta the way, folks, because I’m coming through. Add the great driving dynamics to the spirited engine, and every road turns into the slalom in this car, and every little hill leaves me ready for takeoff. In fact, I’m going to stop writing this review and take the car out one last time before it goes back. (Even despite having to move the cat off my lap, which can be risky.) It really is that much fun.

Driver’s Seat: From the start, the IS brings joy. The steering wheel oozes softness, and the seat offers the right blend of support and comfort. And, as in every other Lexus, my wife commented on how nice the car was. And she’s catching on, saying, “This must be a Lexus, right?”

Like the Acura, the Lexus IS is a smaller place to be. Taller drivers may not be happy in the cockpit, and the seat is on the small side, in both width and length. Tall people all get to be CEOs anyway, so it’s good that we average guys have something to ourselves.

Friends and stuff: Corner rear passengers get comfortable seats with plenty of foot room, plus some legroom and headroom. The middle seat occupant will feel victimized by the intrusive console and tall floor hump.

With a 10.8-cubic-foot trunk, the IS loses the battle of Costco among the three, and the trunk opening is even tinier than the TLX’s.

Play some tunes: Yes, Lexus has an annoying touch pad, but they’ve softened the blow with volume and tuning knobs and an actual touchscreen, as well. So it’s almost as if you never have to fiddle with it.

The Mark Levinson 17-speaker premium sound system ($2,750) did well, but not quite the usual level of Lexusosity, about an A-. Sound was great played loud but not as clear at lower ranges.

Maintaining control: Those of you who love Toyota’s old cruise-control stalk as much as I do will be happy to see it on the IS 300, even as it disappears from many mainstream Toyotas.

Night shift: The headlights shine a little low, but not so badly that I can’t really see. The interior lights are subtle and cast a nice light.

Fuel economy: The Lexus IS averaged about 23 mpg in an insanely driven test week. Feed it only the best, please.

How it’s built: Consumer Reports predicts a 3 out of 5 here, shockingly, for a Lexus. They haven’t noted any numbers since 2015, though.

In the end: Something about the Lexus just felt almost perfect, right from the start — the cabin, the steering, the handling, the engine performance. It definitely runs circles around the TLX or the S60, which are not bad vehicles at all.