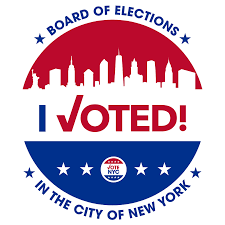 The winner of the special election held Tuesday for the 31st City Council seat in Southeast Queens won’t be known for several weeks, as New York City’s ranked-choice voting system comes into play for the first time.

Since no candidate won more than 50% of first-place votes, the election will go to later rounds, per the newly instituted rules of ranked-choice voting: instead of voting for just one candidate, voters rank their top five candidates in order of preference. If no candidate wins more than 50% of first-place ballots, the counting continues in rounds: in each round, the candidate with the fewest votes is eliminated. If a voter’s top-ranked candidate is eliminated, that voter’s vote then goes to the next-highest-ranked candidate on the voter’s ballot. The process continues until there are only two candidates left, and the candidate with the most votes wins.

But before those tabulations can begin, absentee ballots must be counted, which will begin March 2. Then, the round-by-round ranked-choice tabulations will be conducted by hand, starting in the second week of March.

Another special election earlier this month for the 24th Council District in Central Queens was also held under the ranked-choice system, but it did not come into play, as candidate James Gennaro won more than 50% of first-place votes.

Whoever wins the election will have to run for the seat again in a primary election June 22 and a general election in November. Petitioning for the primary begins March 2 — even before the special-election winner will be declared.