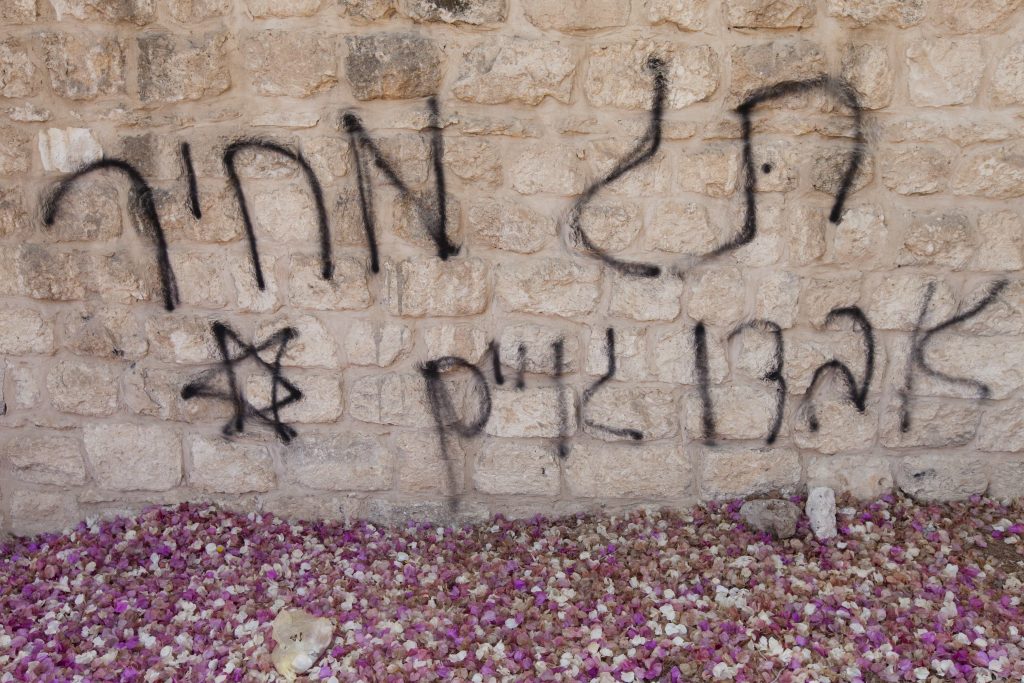 Vandals wearing masks and hoods smashed windows and punctured tires of cars belonging to Palestinian workers near Shiloh in a suspected “price tag” attack carried out by Jewish vigilantes.

A security camera captured the moment on Monday morning when the group damaged at least nine Palestinian cars parked near the entrance to the town.

Police spokeswoman Shlomit Bakshi said an investigation has been launched, but no suspects have as yet been apprehended.

She said that earlier in the day the army and border police had removed a structure erected without authorization from a nearby illegal outpost. Israeli media identified the site as Alei Ayin, a small, remote cluster of buildings unauthorized by the Israeli government.

Violence directed toward Palestinians has risen in recent months following the death of 16-year-old Ahuvia Sandak when his car crashed during a police chase after he allegedly hurled stones at Palestinians.

Many so-called “price tag” attacks have been carried out in retaliation for Palestinian violence or government policies perceived as hostile to Jewish communities in Yehuda and Shomron. Such attacks include vandalism and other hate crimes.