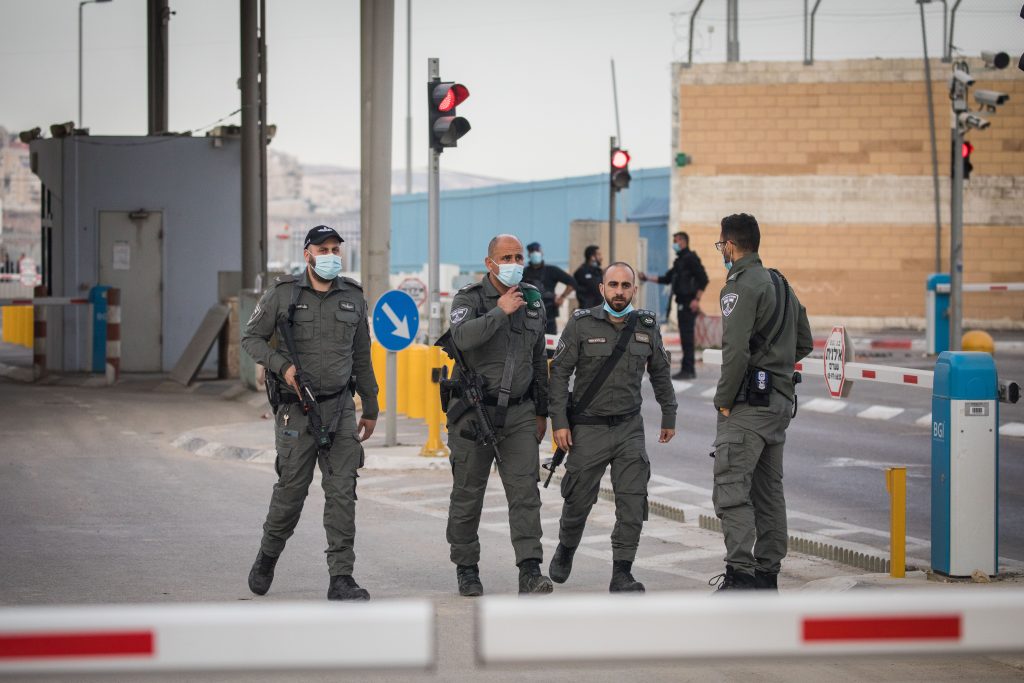 The efforts are concentrated among residents of east Yerushalayim and those who live in the Palestinian Authority and enter Israel on work permits.

A Magen David Adom spokesperson told The Times of Israel that about 400 have been vaccinated so far, near the Qalandiya checkpoint.

“Palestinians can come and be vaccinated, including those who have Palestinian Authority identity cards and work permits,” the spokesperson said, though adding that the station would only be open to the end of Wednesday. After that, it was not clear whether the program would be continued.

Around 120,000 Palestinians work legally in Israel, according to government statistics.

The constant movement of Palestinian workers back and forth across the Green Line is a cause of concern that the virus is being transmitted to their areas.

As a result, contractors in the construction industry are demanding that the authorities vaccinate the workers, and arguing that it can be paid for by a tax they say is meant for covering such services.

The Israel Builders Association sent a letter to Deputy Health Minister Yoav Kisch asking for the vaccination campaign to include the workers. They cited a tax that contractors and employees pay, totaling NIS 10 million ($3.07 million) every year, according to a media report.