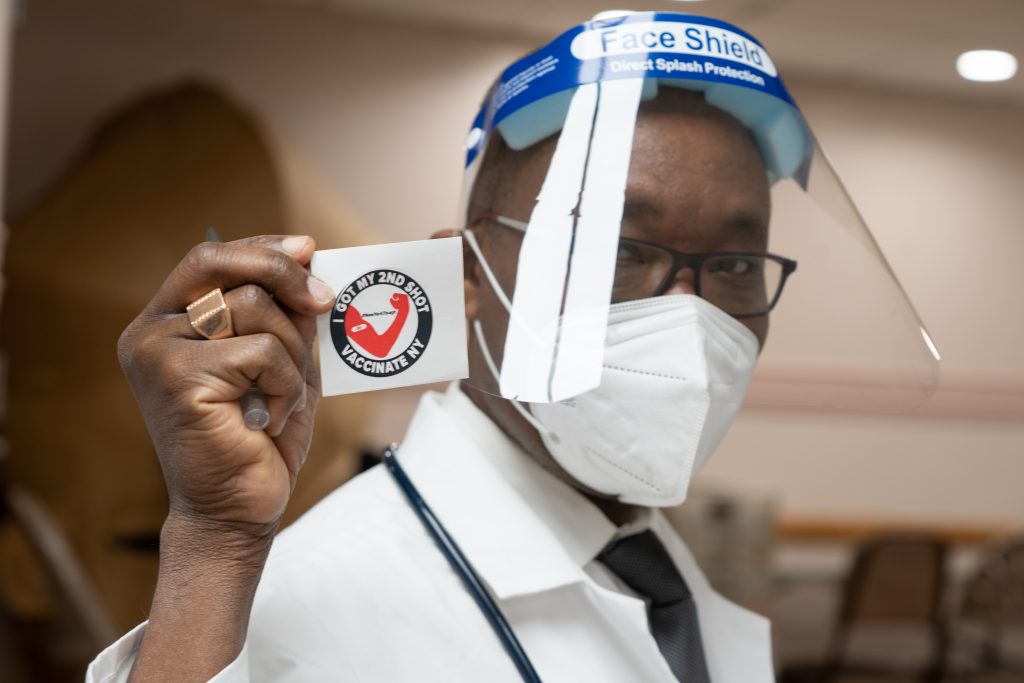 The mayor had aimed for 1 million doses by the end of January; he will have to content himself with 1,032,158 vaccinations by February 9th.

Of those vaccines, 716,492 were first shots and 222,763 were the second doses of the two-shot Moderna and Pfizer regimes.

“We need to see the pharmaceutical companies set up in a way they are not right now,” de Blasio said, criticizing the lag in reality with vaccine goals on production. “We’re literally not able to do hundreds of thousands of vaccinations each week right now for lack of supply…We need to see the rest of the pharmaceutical industry step up and help speed up this vaccination production.”

On Tuesday afternoon at his own press conference, Governor Andrew Cuomo said the state will allow extra doses sent to nursing home through a federal program to be reallocated as need be.

Though the White House has told governors to expect state vaccine shipments to have 5% more doses, supplies will still be stretched thin. The Johnson & Johnson vaccine, which requires only one dose, would ease the demand, but it is not expected to be approved for widespread use for several weeks.

“Johnson & Johnson would be a major and significant increase in production, but that’s over the next two weeks,” said Cuomo.