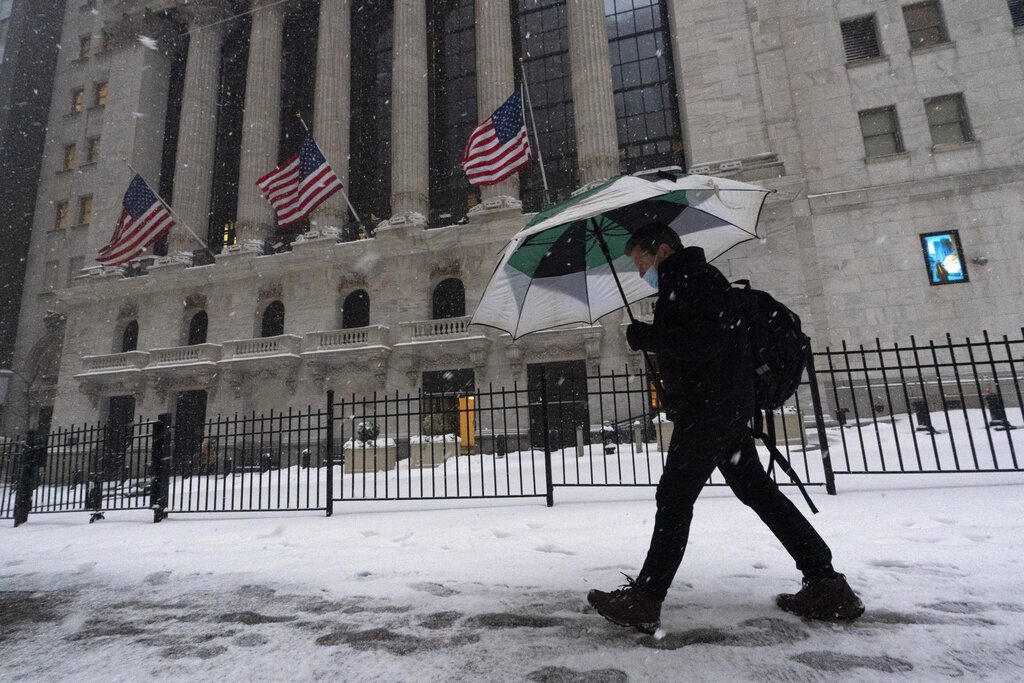 Stocks were modestly higher in early trading Monday, following the bumpy week that left the market with its worst weekly loss since October. Investors large and small continued to focus on GameStop, but other stocks targeted by online traders hoping to inflict damage on hedge funds were making big swings, like AMC Entertainment.

Meanwhile another target of online retail investors was the price of silver, which jumped 10% to an eight-year high. The precious metal has become the latest target of online investors hoping to wage battle with Wall Street players.

The Dow Jones Industrial Average was up 0.2% as of 9:55 a.m. Eastern. The S&P 500 was up 0.3% and the Nasdaq composite was up 0.5%. Technology companies were among the biggest gainers, along with raw materials companies.

Shares of GameStop were down 3%, a modest swing for the retailer which had seen double-digit moves most of the last two weeks. Trading of the retailer was still limited on trading platforms like Robinhood.

Silver rose 10% to $29.70 after traders who drove up GameStop turned their attention to metals. The price is silver’s highest since March 2013.

Investors are watching negotiations in Washington over President Joe Biden’s proposed $1.9 trillion economic aid package. Hopes for aid, along with the Federal Reserve’s pledge to keep low-cost credit plentiful, have carried the S&P 500 and other major indexes to record highs.

Markets were last week also rattled by AstraZeneca’s announcement it would supply the European Union with fewer than half the promised doses, which prompted the EU to impose export controls. On Sunday, AstraZeneca promised to increase European supplies and start delivery earlier. This helped boost shares of European companies on Monday, with Germany’s DAX, France’s CAC-40 and the U.K.’s FTSE-100 all up more than 1%.

Investors have bid up stocks in expectation the rollout of coronavirus vaccines would allow global business and travel to return to normal. That optimism has been dented by new infection spikes and disruptions in vaccine deliveries.