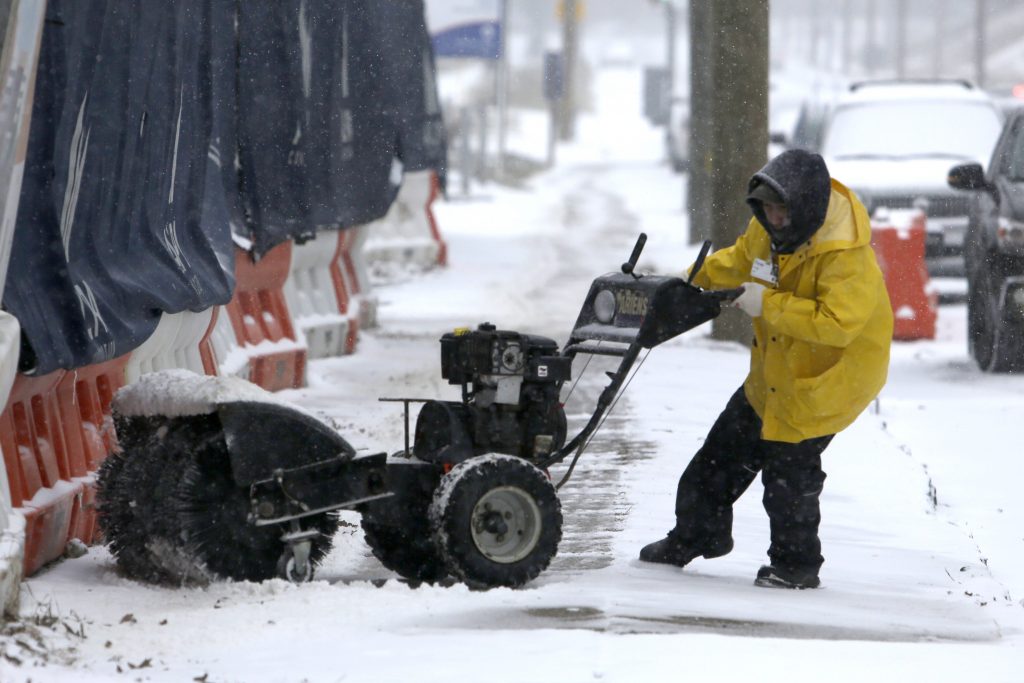 After days of frigid temperatures, the Northeast on Sunday braced for a whopper of a storm that could dump well over a foot of snow in many areas, create blizzard-like conditions and cause travel problems for the next few days.

It was already impacting coronavirus vaccinations in New York and New Jersey, with appointments for Monday needing to be canceled and rescheduled.

The storm system blanketed parts of the Midwest in the most snow some places had seen in several years. Chicago got almost 7 inches (18 centimeters) of snow by Sunday morning, leading to the cancellation of a couple hundred flights at the city’s two airports. In Wisconsin, snow depths in some counties near Lake Michigan had reached more than 15 inches (38 centimeters), and the snow was still falling.

“That’s more snow than we’ve seen in a decade,” Chris Stumpf, a meteorologist with the National Weather Service in Sullivan, Wisconsin, told the Milwaukee Journal Sentinel.

Three to 5 inches (8 to 13 centimeters) of snow arrived in central Ohio by early Sunday, making for some slippery roads. Washington, D.C., and parts of Virginia had also received some snow, with up to 3 inches in some areas. By the afternoon, the snow reached Pennsylvania.

Snow and cold in Washington led President Joe Biden to postpone a visit to the State Department that had been planned for Monday. A White House official said Sunday night that the visit would be rescheduled for later in the week when the agency’s staff and diplomats could more safely commute to attend.

Heavy snow falling at an inch to 3 inches an hour was forecast for Monday in New York, New Jersey and Connecticut, the National Weather Service said. Much of the region could see blizzard-like conditions, with a foot to 18 inches (30 to 45 centimeters) of snow.

Temperatures were expected to be in the upper 20s to lower 30s for the New York City metro area.

With officials encouraging people to stay home and off the roads, that meant vaccine locations around New York and New Jersey were shut down for Monday.

The snow was expected to start falling in Massachusetts on Monday morning, bringing up to a foot of snow to impact the evening commute. The storm will reach northern New England later that night, meteorologists said.

Winds strong enough to bring down tree branches with gusts ranging from 35 to 50 mph (55 to 80 kmh) were forecast for the storm.