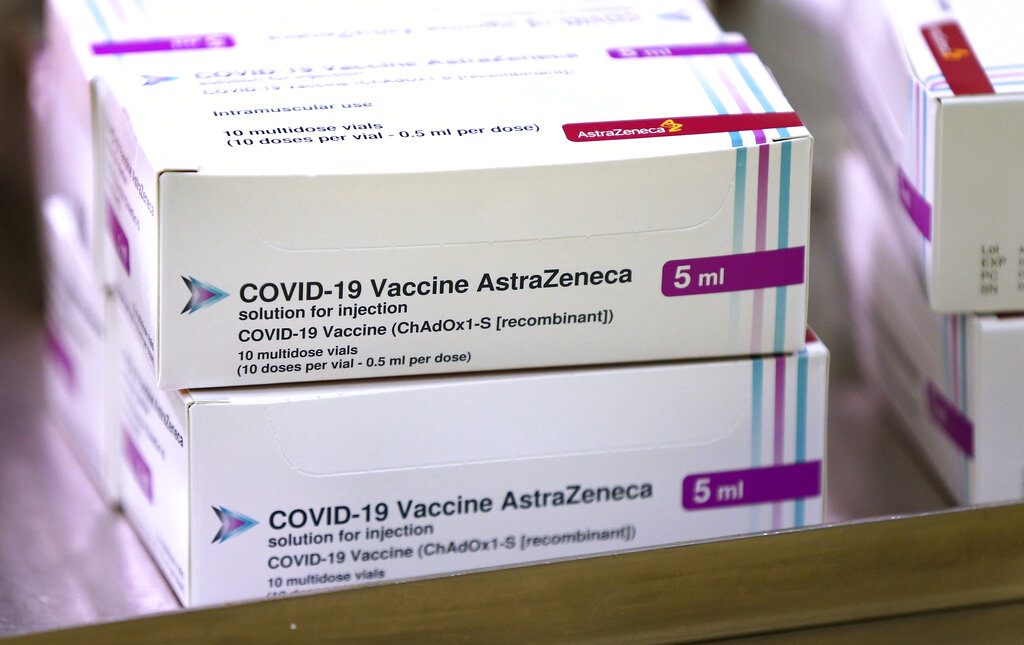 Europe’s fight to secure COVID-19 vaccine supplies sharpened on Thursday when Britain demanded that it receive all the shots it paid for after the European Union asked AstraZeneca to divert supplies from the U.K.

The EU, whose members are far behind Israel, the United Kingdom and the United States in rolling out vaccines, is scrambling to get supplies just as the West’s biggest drug makers slow deliveries to the bloc due to production problems.

As vaccination centers in some parts of France canceled appointments, the EU publicly rebuked Anglo-Swedish drug maker AstraZeneca for failing to deliver even though the vaccine has not yet been approved by the bloc.

That drew a terse response from AstraZeneca CEO Pascal Soriot who said the EU was late to strike a supply contract so the company did not have enough time to iron out production problems at a vaccine factory run by a partner in Belgium.

Britain, which has repeatedly touted its lead in the vaccine rollout race since leaving the EU’s orbit on Jan. 1, said its deliveries must be honored.

“I think we need to make sure that the vaccine supply that has been bought and paid for, procured for those in the U.K., is delivered,” Minister for the Cabinet Office Michael Gove told LBC Radio.

Asked repeatedly if the British government would prevent AstraZeneca from diverting essential vaccine supplies from Britain to the EU, Gove said the crucial thing was that Britain received its orders as planned and on time.

The swiftest mass vaccination drive in history is stoking tensions across the world as big powers buy up vaccines in bulk and poorer nations try to navigate a financial and diplomatic minefield to collect what supplies are left.

The EU failed to make a breakthrough in crisis talks with AstraZeneca on Wednesday and demanded the drug maker spell out how it would supply the bloc with reserved doses of COVID-19 vaccine from plants in Europe and Britain.

Tensions have risen against the backdrop of supply problems from the West’s other main vaccine supplier – Pfizer – which announced delivery hold-ups.

Israel is by far the world leader on vaccine rollout per head of population, followed by the United Arab Emirates, the United Kingdom, Bahrain and the United States. Behind them are Italy, Germany, France, China and Russia.

British Prime Minister Boris Johnson said on Wednesday it would have been a “great pity” if the United Kingdom had stayed in the EU’s vaccine program rather than set up its own plan.

In the northern French region of Hauts-de-France, France’s second most densely populated region, several vaccination centers were no longer taking appointments for a first jab.

Anne-Lise Dufour, mayor of Denain, said earlier this week all first injection appointments would be deferred until Feb 7. In several other French regions, some online appointment platforms closed booking options this week

A French Health Ministry official said current levels of inventory meant centers would be asked to prioritize and focus on second injections only for several days in order to abide by a 28-day interval between two shots.

AstraZeneca‘s Soriot told Italy’s La Repubblica the problem concerned manufacturing the vaccine itself. He said one site with large capacity was experiencing yield issues with the cell cultures that produce the vaccine in 1,000- or 2,000-liter batches.

He said there had been similar issues in the U.K. supply chain, but the U.K. contract was signed three months before the European deal, so there was an extra three months to fix the glitches.

Germany’s health minister said on Thursday he expects the current shortage of coronavirus vaccines to continue well into April, as the government faced new criticism over the pace of its vaccination program.

On Thursday, Germany’s Bild newspaper described the problems around procuring vaccines as a “scandal.”

German Foreign Minister Heiko Maas warned against having too national a focus in the coronavirus vaccination debate.

“The pandemic will only be defeated when it is defeated everywhere,” Maas told Reuters in an interview on Wednesday evening. “It’s no use being earlier than others.”