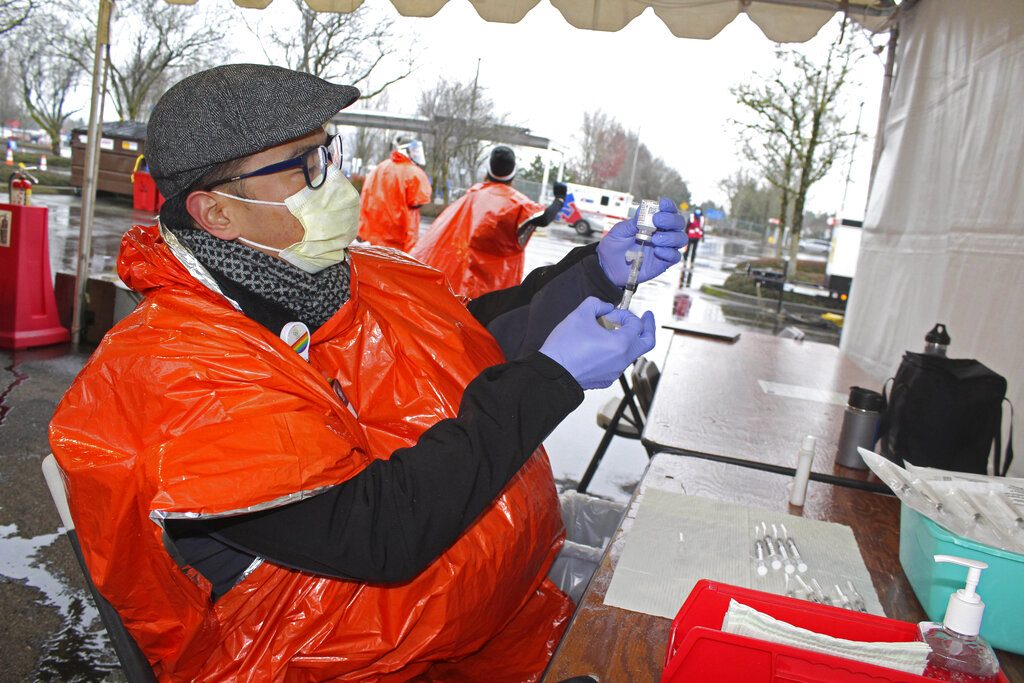 Oregon health workers who got stuck in a snowstorm on their way back from a COVID-19 vaccination event went car to car injecting stranded drivers before several of the doses expired.

Josephine County Public Health said on Facebook that the “impromptu vaccine clinic” took place after about 20 employees were stopped in traffic on a highway after a vaccination clinic.

Six of the vaccines were getting close to expiring so the workers decided to offer them to other stranded drivers.

The shots were meant for other people, but “the snow meant those doses wouldn’t make it to them before they expired,” the health department said.

Not wanting to waste them, staff walked from vehicle to vehicle, offering people a chance to receive the vaccine. A county ambulance was on hand for safety.

Photos to social media showed the health workers carrying umbrella over the precious cargo, leaving their heads to be quickly covered in snow, and people leaning out of cars, sleeves rolled up in the bitter cold to receive the vaccine.

All the doses were administered, including one to a Josephine County Sheriff’s Office employee who had arrived too late for the vaccination clinic but ended up stopped with the others, officials said.

Josephine County Public Health Director Mike Weber said it was one of the “coolest operations he’d been a part of.”