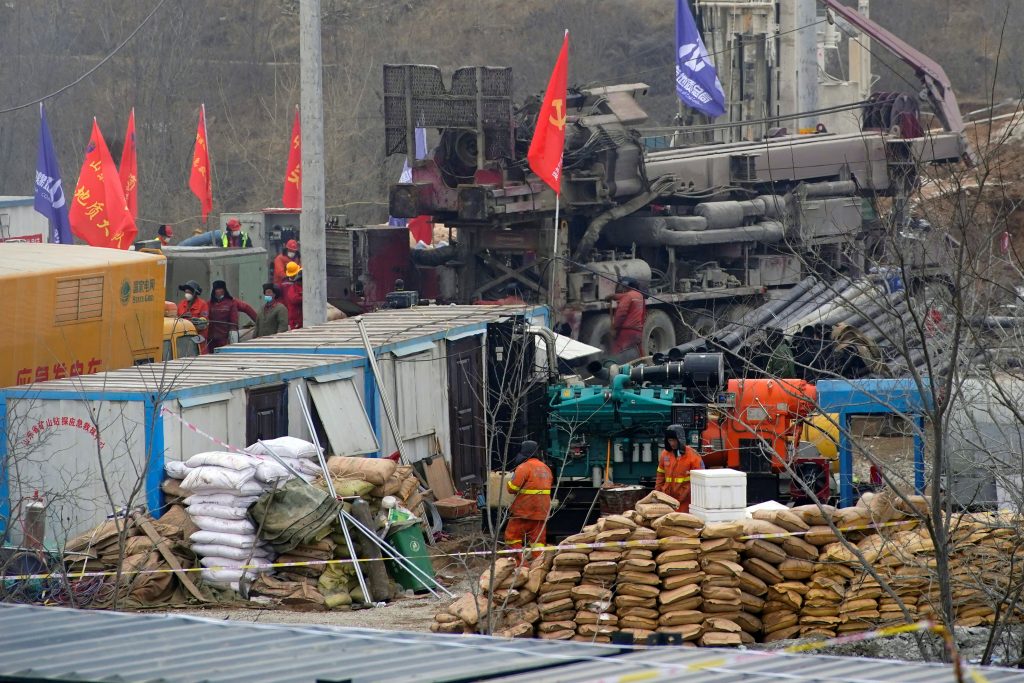 Rescuers searching for the remaining workers trapped in a Chinese gold mine after Sunday’s dramatic extraction of 11 survivors found nine bodies, a local official said on Monday, taking the death toll to 10, with one miner still missing.

A total of 22 miners working about 600 meters (2,000 feet) underground were trapped after an explosion at the Hushan mine in Qixia, a major gold-producing region in China‘s coastal Shandong province, on Jan. 10.

Eleven were pulled out alive on Sunday after two weeks underground, including one in very weak condition whom rescue teams had been unable to send supplies to.

That means a total of 10 miners are confirmed to have died, following the earlier death in the mine of one worker who had lapsed into a coma, and their remains have been lifted to the surface, Chen said, adding that one miner was still missing.

The search is difficult and water levels are high, but as long as the missing worker has not been found the work will not stop, the CCTV report added.

The 11 miners freed on Sunday were rescued much earlier than expected after it emerged that steel pipes in a blocked mine shaft had prevented debris from falling lower, according to state media.

The air ventilation shaft, which was the most feasible way to bring up the workers, had been cleared to a depth of 368 meters (1,207 feet), Xiao Wenru, chief engineer for the mine rescue, told the Xinhua news agency on Monday.

“It is at this location we discovered that there were some steel pipes supporting the blockage … there is almost no blockage under the steel pipes,” said Xiao.

Xiao told Xinhua on Sunday there had been a breakthrough in rescue efforts after clearing some blockages and finding the “cavities underneath.”

The 11 miners were mostly in good condition. Officials had earlier said they may have to wait another 15 days before they could be rescued due to a blockage along their intended escape route.

China‘s mines are among the world’s deadliest. The country recorded 573 mine-related deaths in 2020, according to the National Mine Safety Administration.