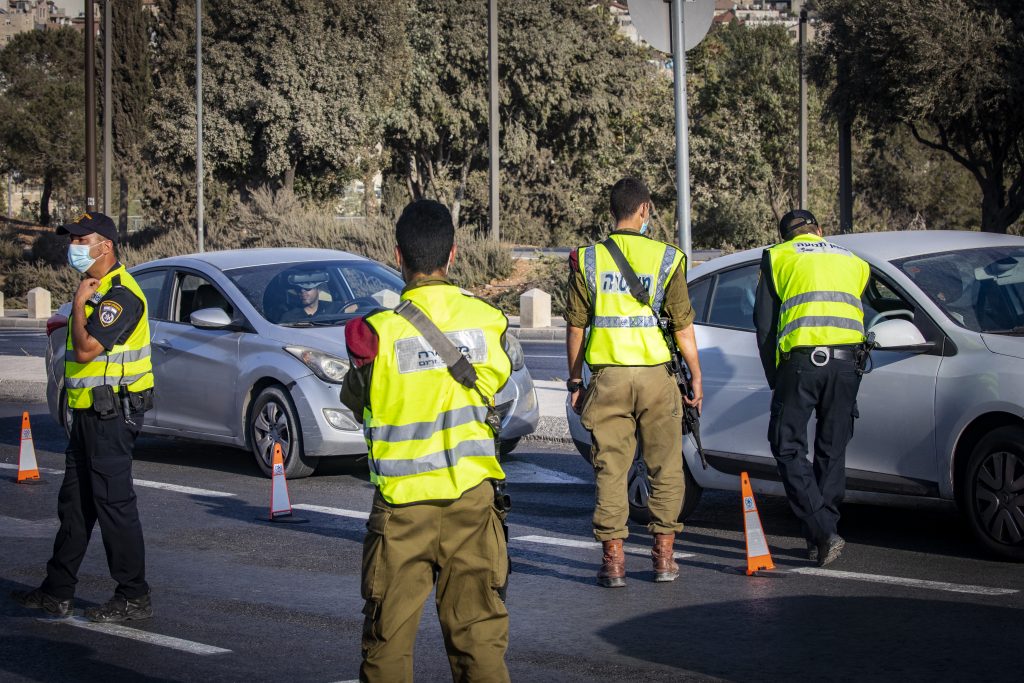 The Knesset plenum on Monday approved in its first reading a bill that would increase the fines for violating the public coronavirus health regulations.

Under the bill, which passed its first reading by a vote of 52-23, the fine for businesses that open against the rules will double from NIS 5,000 to NIS 10,000. The fines for educational institutions that open illegally, along with weddings, parties and other large gatherings, will be set at NIS 20,000.

The bill would also expand the means at the law enforcement authorities’ disposal for enforcing the restrictions.

Health Minister Yuli Edelstein (Likud) presented the bill and called for the Knesset’s “comprehensive support” of the legislation, “which applies to everyone – not [only] to the coalition, the opposition, or this or that sector.”

MK Naftali Bennett (Yamina) criticized Transportation Minister Miri Regev (Likud) and Prime Minister Binyamin Netanyahu for, in his opinion, not closing Ben Gurion International Airport in time. “I am asking Miri Regev and Netanyahu: How did you allow a freeway to bring all of the world’s mutations into Israel? We warned about it in real time, we yelled about it in real time, we said you need to take control of Ben Gurion Airport. In real time, not in hindsight. We told you to get control of it, test people before they get on the plane, upon arrival in Israel,” he said.

Bennet added: “In Dubai they did that. In Seychelles they did that. In the entire world they did that! And since then another 1,000 have died and you dare to stand here and say, ‘Look how great everything is, come learn from us.’ What should we learn from you? It’s an embarrassment and a shame. You brought in all the mutations; the British mutation and the South African were through you. One thousand are dead because of your failure. Go home. The State of Israel deserves a serious leadership that cares about its citizens.”

MK Rabbi Moshe Gafni (United Torah Judaism) delivered an enthusiastic speech in defense of the chareidi public in the plenum, pointing the blame at those who he believes contributed to the recent tension between the sector and the Israel Police.

“I asked to come up and speak for two reasons,” he began, during the debate on the amendment to the law that seeks to increase the fines for violating the coronavirus guidelines.

Rabbi Gafni explained, “The first reason is the campaign to de-legitimize the chareidi public for ‘rioting and burning buses.’ Now, from the photos of the riots, all you see is a bunch of young people who are not residents of Bnei Brak.

“These are the fringe boys who led the riots in Bnei Brak yesterday, during which two buses were burned.

“They wore identical shirts and burned trash cans, fired fireworks everywhere – and I’m guilty? My children are to blame? We can’t go out on the street?” the veteran MK said. “There are police here who are doing epidemiological investigations [for coronavirus carriers] yet they do not know how to bring a bunch of these hooligans to jail?”

Rabbi Gafni described that “from these pogroms this week the chareidi public has suffered immensely, and the one who was supposed to deal with them was Minister Amir Ohana. A shame that it is all being thrown at the chareidi public, which is in general a quiet and non-violent public. This is not a new thing, we know all about it…

“The second reason,” continued Rabbi Gafni, “is that this law of raising fines is fundamentally incorrect. If it is a state of pikuach nefesh, then we will not open the educational institutions. If this is not the case, do you really think that this fine is what will change our minds? There are those who want to make political gains from this issue; everyone is talking against the chareidim now, that’s the issue.”

Rabbi Gafni added, “We [the chareidim] have been through three periods during the pandemic: At first we were in high morbidity, then came a time when the chareidim were the lowest – and we did not hear a single word in the media about the chareidi family having eight children, two of whom are in isolated in small apartments, yet managed to keep the numbers low.

“We are not to blame. You, who brought us to live in such overcrowding  –  you are the ones to blame. And then you dare to attack us for things that are not true?” MK Rabbi Gafni concluded his fiery speech.