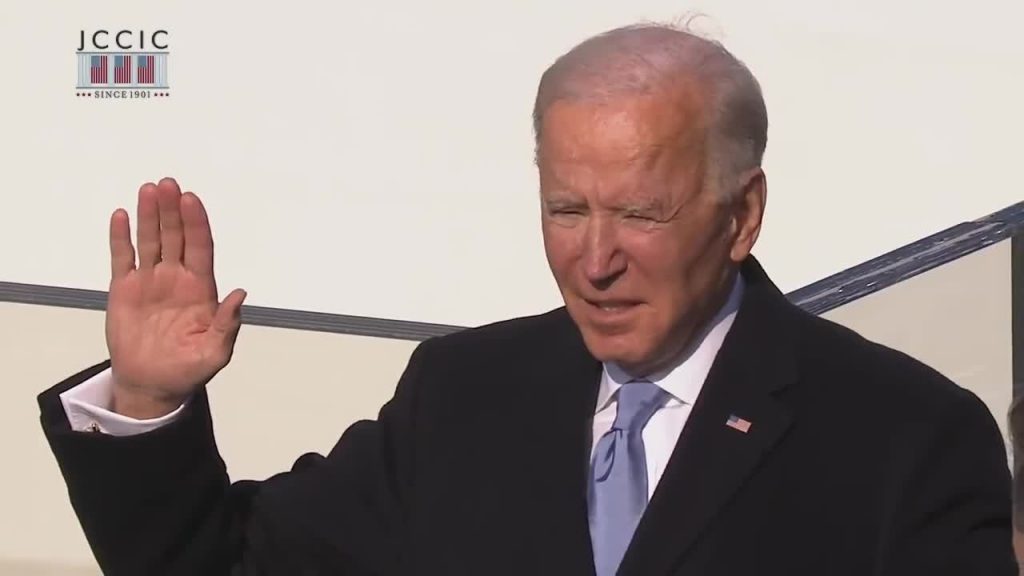 Only six of the nine members of the Supreme Court attended President Joe Biden’s swearing-in Wednesday, the first time in more than 20 years that not all of the justices witnessed the ceremony.

Justices Clarence Thomas, Stephen Breyer and Samuel Alito, the court’s three oldest, were the no-shows. “Several of the justices elected not to attend the inauguration ceremony in light of the public health risks posed by the COVID pandemic,” Supreme Court spokeswoman Kathleen Arberg said in a statement.

The justices have not conducted business in person since March – holding private conferences and oral arguments via teleconference – although they gathered at a memorial service for the late Justice Ruth Bader Ginsburg in September.

Chief Justice John Roberts for the fourth time, administered the oath of office to the president-elect. But he has yet to see a supporter on the other side of the Bible.

President Barack Obama, whom Roberts swore in twice, voted against his confirmation to the Supreme Court in 2005. So did Biden. And President Donald Trump, to whom Roberts administered the oath in 2017, made clear during the campaign that he considered Roberts a “disaster.”

The relationship during that presidency was a rocky one, and the chief justice had the chore of presiding over Trump’s impeachment trial in the Senate.

But the theme of Biden’s inaugural address was putting differences aside, and the new president may have warmer thoughts these days for Roberts, who turns 66 next week. Roberts was the deciding vote to save Obamacare, the chief domestic accomplishment of the Obama-Biden administration.

Also in attendance was Justice Elena Kagan, nominated by Obama, and all three of Trump’s selections for the court: Justices Neil Gorsuch, Brett Kavanaugh and Amy Coney Barrett.

That presented more opportunities for awkwardness: They were seated behind Harris, who vigorously opposed all three. In particular, she conducted a heated grilling of Kavanaugh that thrilled liberals and deeply angered conservatives.

As a team, former senators Biden and Harris voted against six of the nine justices on the current court.

Breyer, 82, is probably friendly with the new president; Breyer once served as a Senate lawyer and was nominated to the court by President Bill Clinton. The justice has spent most of the time since the court stopped meeting in person at his home in Massachusetts.

Biden attempted to filibuster Alito’s nomination and said President George W. Bush’s choice was too conservative to replace Justice Sandra Day O’Connor, who at the time was the Supreme Court’s pivotal justice.

Biden has even more history with Thomas, who was confirmed when Biden was chairman of the Senate Judiciary Committee. Thomas’s nomination was disrupted by allegations of misconduct leveled by Anita Hill, who previously had worked in government jobs with Thomas.

Thomas made clear in an autobiography, “My Grandfather’s Son,” that he did not consider Biden trustworthy.

And in a documentary released last year, Thomas said that Biden’s questioning at the confirmation hearings on the esoteric subject of natural law was just an attempt to force Thomas into taking a position on issues.

“I have no idea what he was talking about,” Thomas says in the sympathetic film “Created Equal: Clarence Thomas in His Own Words.”

“I understood what he was trying to do. I didn’t really appreciate it,” he said.

And the confirmation battle was equally bruising for Biden. Conservatives were outraged about the treatment of Thomas, a feeling that has only worsened with time, and liberals thought he did not do enough for Hill.

During the presidential campaign, that became a problem for Biden, and he reached out to Hill to express “his regret for what she endured.”

The campaign apparently decided criticism from Thomas in the film was not a bad thing.

Asked by ABC News for a comment, the Biden campaign issued a statement: “Then-Senator Biden voted against Clarence Thomas in the Senate Judiciary Committee, he argued against him on the Senate floor, and he voted against his confirmation to a lifetime seat on the Supreme Court. It is no surprise that Justice Thomas does not have a positive view of him.”