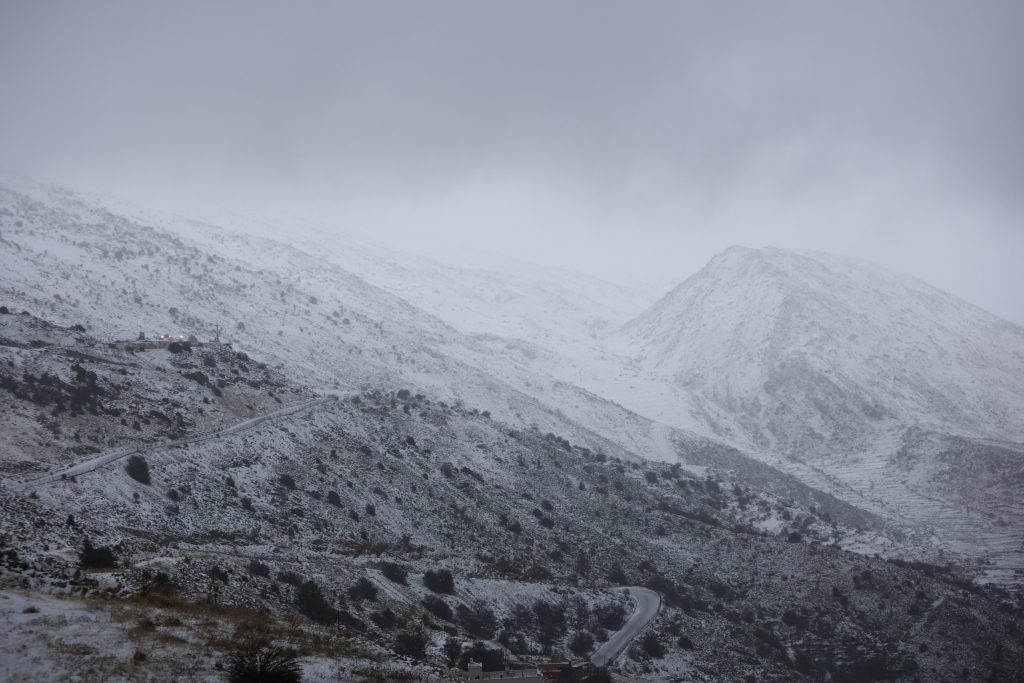 The coldest day of this winter season so far has brought thunderstorms across the country and snowfall in Israel’s north.

On Wednesday it is expected to be colder than the seasonal average, rainy and windy, with lightning and thunderstorms in some areas.

Snow will continue on Mount Hermon, with light snow expected on the northern mountain peaks, at an altitude of 1,000 meters (3,280 feet). Light snow mixed with rain is also expected on mountaintops in central Israel.

Flood warnings have been issued for coastal areas in central Israel and streams in southern parts on the country.

The rain is expected to stop in the afternoon hours, however it will remain unseasonably cold, with temperatures reaching 0 degrees Celsius in some areas. On Thursday and Friday, the weather is expected to be cold and dry.

Meanwhile, the Water Authority reported Wednesday that following heavy rainfall, the Kinneret’s water level jumped by 2.2 inches (6 cm) in a single day, putting it at 209.796 meters below sea level. For the Kinneret to be full, it needs to rise an additional 105 centimeters.