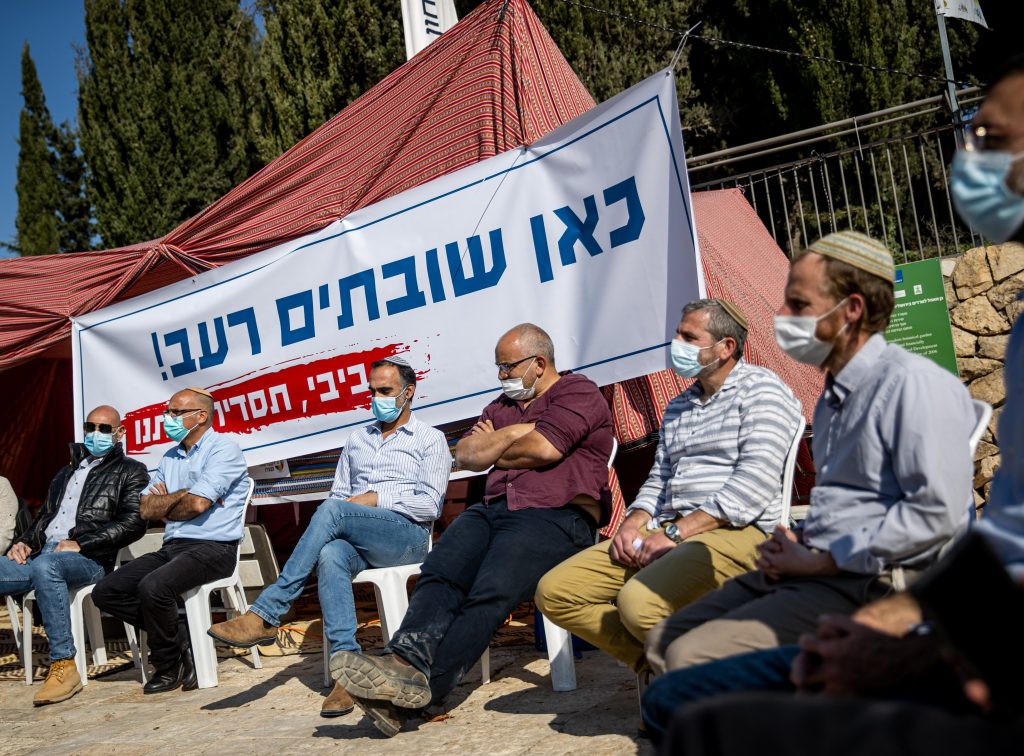 Defense Minister Benny Gantz blocked a move by Prime Minister Binyamin Netanyahu‏‏ to legalize Israeli outposts in Yehuda and Shomron, at a cabinet meeting on Tuesday.

Netanyahu’s proposal to legalize some of the 46 outposts met with opposition from Gantz, who said that “in the cabinet meeting, no diplomatically irresponsible proposal will be raised at such a sensitive time.”

Gantz, whose agreement is needed to advance the measure, had it struck from the agenda.

At issue was recognition of the communities of Avigayil, Asael, Kedem Arava, Metzoke Deragot, and Ovnat (currently considered a neighborhood of Mitzpeh Shalem) and Tel Tzion, which are deemed illegal under current Israeli law, according to ministers in Gantz’s Blue and White party.

The cabinet confrontation was played out against the background of a protest camp outside the Prime Minister’s Office and a hunger strike of leaders and activists in Yehuda and Shomron.