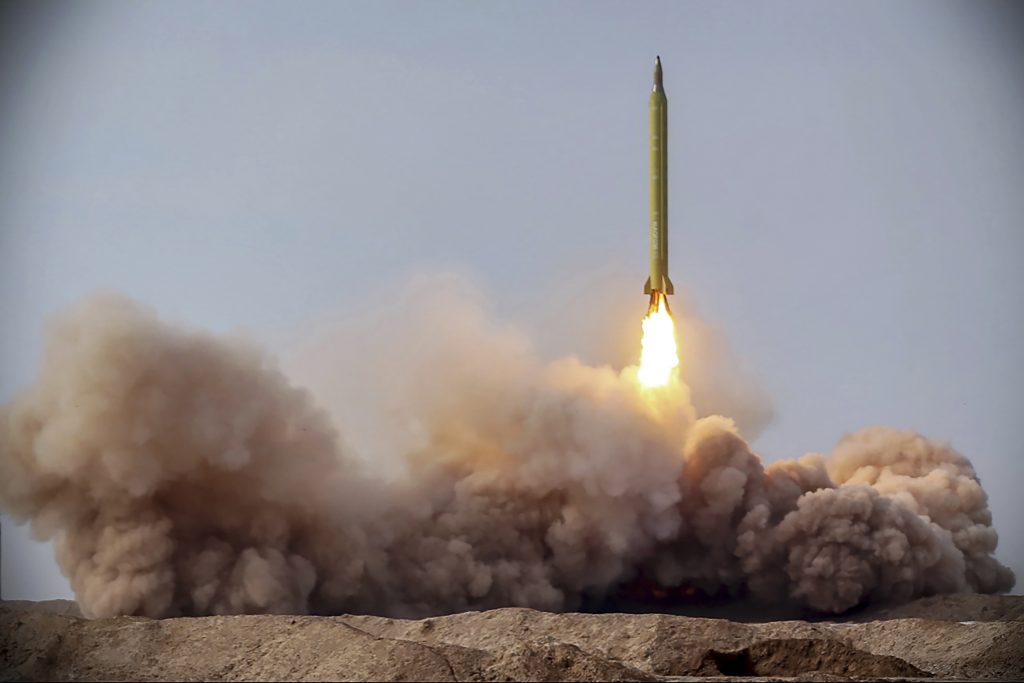 Footage showed two missiles smash into a target that Iranian state media described as “hypothetical hostile enemy ships” at a distance of 1,800 kilometers (1,120 miles). The report did not specify the type of missiles used.

In the first phase of the drill Friday, the Guard’s aerospace division launched surface-to-surface ballistic missiles and drones against “hypothetical enemy bases.” Iranian state media described the drill as taking place in the country’s vast central desert, the latest in a series of snap exercises called amid the escalating tensions over its nuclear program. Footage also showed four unmanned, triangle-shaped drones flying in a tight formation, smashing into targets and exploding.

Tensions between Washington and Tehran have increased amid a series of incidents stemming from President Donald Trump’s unilateral withdrawal from Iran’s nuclear deal with world powers. Amid Trump’s final days as president, Tehran has recently seized a South Korean oil tanker and begun enriching uranium closer to weapons-grade levels, while the U.S. has sent B-52 bombers, the USS Nimitz aircraft carrier and a nuclear submarine into the region.

In recent weeks, Iran has increased its military drills as the country tries to pressure President-elect Joe Biden over the nuclear accord, which he has said America could re-enter.

Iran fired cruise missiles Thursday as part of a naval drill in the Gulf of Oman, state media reported, under surveillance of what appeared to be a U.S. nuclear submarine. Iran’s Navy did not identify the submarine at the time, but on Saturday, a news website affiliated with state television said the vessel was American. Helicopter footage of the exercise released Thursday by Iran’s Navy showed what resembled an Ohio-class guided-missile submarine, the USS Georgia, which the U.S. Navy last month said had been sent to the Persian Gulf.

Iran has missile capability of up to 2,000 kilometers (1,250 miles), far enough to reach archenemy Israel and U.S. military bases in the region. Last January, after the U.S. killed a top Iranian general in Baghdad, Tehran retaliated by firing a barrage of ballistic missiles at two Iraqi bases housing U.S. troops, resulting in brain concussion injuries to dozens of them.