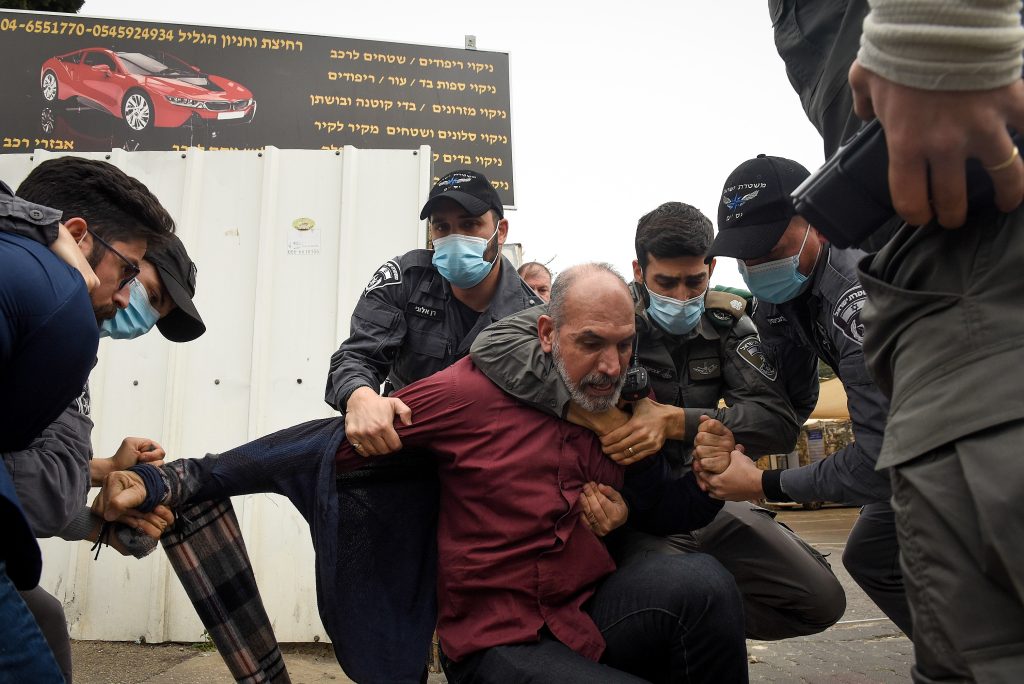 Prime Minister Binyamin Netanyahu’s call on the Arab community to come out and vote for him was met with angry protests during his appearance at a health clinic in Nazareth on Wednesday.

“I want to see you completely integrated into the success story that is the State of Israel,” he told his potential voters. “This is an opportunity to begin a new era of relations between us and Arab citizens of Israel, an era of respect and equality,” he said, according to The Jerusalem Post.

“Whoever says that we only remembered the Arab voters because of the election is either lying or doesn’t know the facts.”

Ten arrests were made at the protest, including 3 MKs, despite their parliamentary immunity. Police said they refused to listen to orders by the police, and started confrontations.

The crowd of protesters chanting anti-Netanyahu slogans was so large that police forces weren’t able to set up security checkpoints in time to handle them.

Joint List MK Ahmad Tibi warned his community not to fall for the prime minister’s appeals.

“Netanyahu is lying without blinking. He incited against all Arab voters for being Arabs. He did this in the 2015 election and again incited against them during the three elections that were held in the past two years,” said Tibi.

He is “trying to turn us into his useful idiots,” he said.