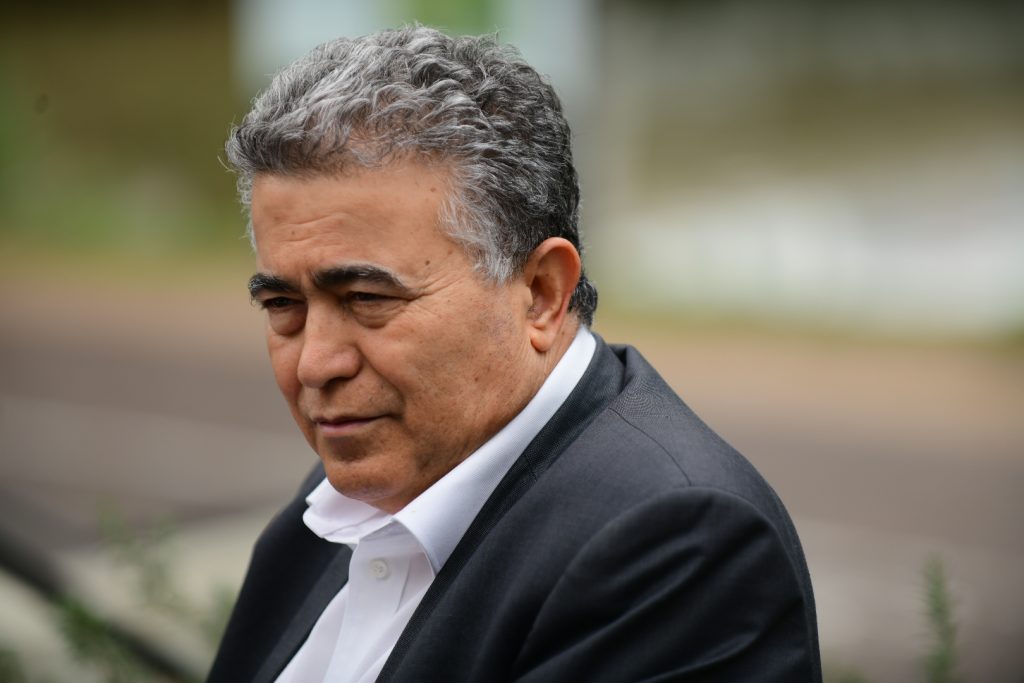 Outgoing Labor Chairman Amir Peretz announced on Wednesday that he has no intention to run for the 24th Knesset in the upcoming election.

“I will not serve in the next Knesset,” Peretz said. “I will continue to work for the Israeli public out of love and great faith in the need to bring all parts of the nation together while internal rift threatens to bring down the foundations on which Israeli society is built. All my life I have acted out of a sense of mission and personal example, and that is how I intend to continue.”

Peretz, 68, was first elected to the Knesset in 1988. He is the longest-serving MK in the current Knesset.

He served as leader of Labor twice. Peretz had already announced in December that he would not run for re-election as Labor leader.

The Tel Aviv District Court has ruled that the race for Labor leader and its Knesset candidates must be held among party members. The race was set for Jan. 24.

But Peretz’s associates appealed the decision to not limit the races to Labor activists to the Supreme Court on Jan. 5, and the court has not yet ruled.

The only candidates who have announced they are running for Labor leader are MK Merav Michaeli and advertising executive Gil Beilin, the son of former Labor Party MK and Minister Yossi Beilin.

Peretz is rumored to be considering a run for president, after Reuven Rivlin’s term is set to end later this year.