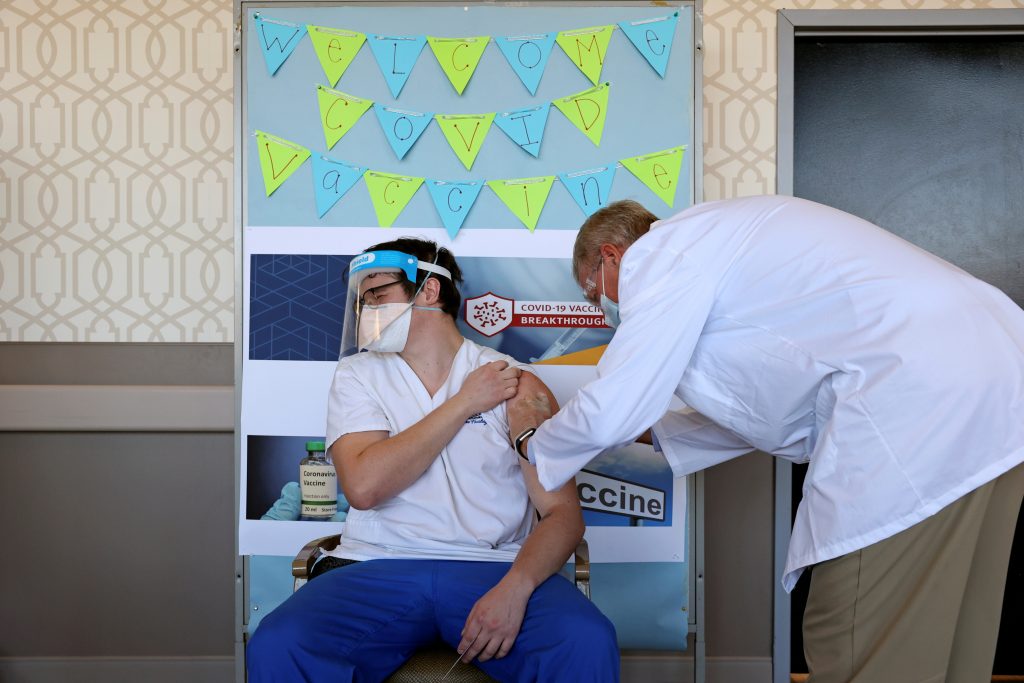 Faced with mounting criticism over the slow pace of the coronavirus vaccine rollout, Gov. Andrew Cuomo announced Friday that, starting next week, New York would allow a much wider swath of the public to get inoculated, including anyone age 75 or older.

The governor warned that the supply of vaccines available to people other than health-care workers and nursing home patients would be very limited at first. New York has used roughly half of the 900,000 doses received so far, but Cuomo claimed it hasn’t received nearly enough to vaccinate all health-care workers.

Cuomo said a beefed-up statewide distribution network will include more than 1,000 pharmacies, doctors’ networks and county health departments. The 3.2 million New Yorkers newly eligible for the vaccine under the “1B” designation include teachers, first responders, firefighters, public transit workers and police. There are 1.4 million people 75 or older who will be eligible.

“Caution, caution, caution, because the supply is a major problem,” Cuomo said at his regular briefing. “You’ll wind up having 3,000 distribution points in a couple of weeks, but none of them will have nearly enough vaccine.”

New York, like other states, is trying to ramp up vaccine distribution during a post-holiday surge in COVID-19 cases. Cuomo said the state is currently receiving about 300,000 doses a week, meaning it would take until mid-April to get everyone eligible vaccinated unless the federal government increases the rate of supply.

“Our distribution network will far outpace our supply,” the governor said.

Cuomo’s Friday announcement was a shift from his repeated statements this week that the state would only start vaccinating teachers, officers and other essential workers once it had enough doses to vaccinate all willing health-care workers.

Local officials had urged Cuomo to speed up the process and allow New York to direct unused doses to vulnerable seniors and essential workers. Mayor Bill de Blasio criticized the state government earlier Friday for keeping New York City from immediately vaccinating people older than 75, saying the city had 270,000 doses that could be quickly administered.

“We will begin administering shots to City Workers and the elderly in 1B starting on Monday,” de Blasio tweeted as Cuomo gave his briefing.

New York State United Teachers President Andy Pallotta called the expanded vaccinations “welcome news.” Michael Mulgrew, the president of the United Federation of Teachers, said his union would work with government officials to make vaccines available to as many members as possible.

“But unless the federal government provides New York State more doses, it could still be months before every educator who wants the vaccine can get it,” he said.

The announcement also comes days after Cuomo threatened as much as $1 million fines for anyone providing vaccines to ineligible people, and $100,000 fines for vaccine providers who don’t use up available vaccines in a week.

Cuomo defended the shift as partially a result of some hospitals who are too slow to administer vaccines because of red tape.

But vaccinations have picked up this week as the state’s broadened eligibility for who can get vaccinated.