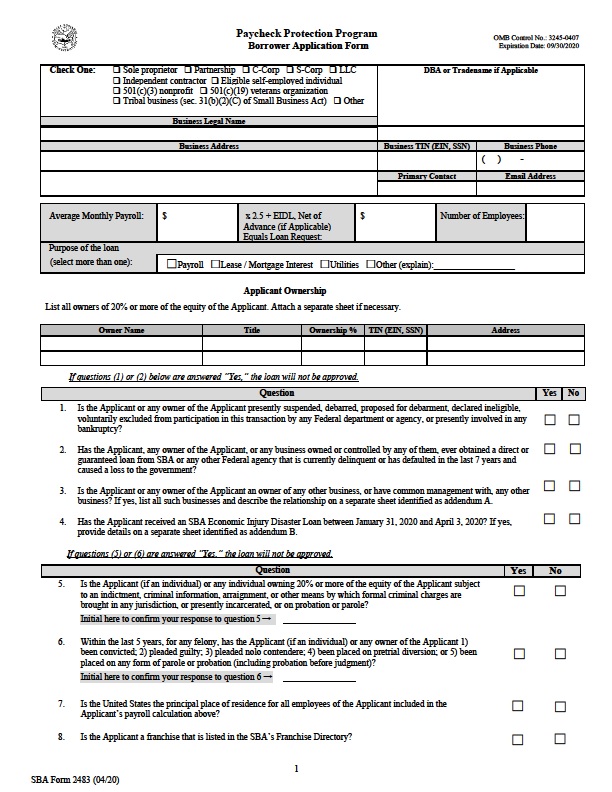 For Nancy Sinoway, a second coronavirus relief loan would increase the chances that her dressmaking business will survive.

“I could use it for marketing, for new samples. I could use it as a lifeline,” says Sinoway, who designs and makes dresses for occasions like weddings and proms. She was flooded with order cancellations starting in early March as the virus spread and large gatherings and events were abandoned.

Sinoway got a Paycheck Protection Program loan last May and used it to pay her three employees. But the loan money fell far short of what she needed to maintain her Port Washington, New York, shop. She was forced to close it and move the business into her home.

Millions of business owners like Sinoway are about to get help. The Small Business Administration and the Treasury Department are preparing to revive the PPP five months after its first two rounds of funding ended.

The loans, which can be forgiven, will have five-year terms and carry an interest rate of 1%.

The SBA is expected to announce soon the date when it will begin accepting loan applications. As with the first two rounds of the PPP, applications must be submitted online at banks and other SBA-approved lenders. All applications must be submitted and approved by March 31. Loan amounts are calculated using a company’s payroll expenses; businesses can use either their 2019 or 2020 payroll to compute how much they can ask for.

Companies will have 24 weeks from the date they receive a loan to use the money. While 60% of the proceeds must be used for payroll in order for loans to be forgiven, companies can use the rest for employee health benefits, mortgage interest, rent, utilities and expenses that are essential to business operations.

The PPP is being restarted under the coronavirus relief bill Congress approved in late December, providing for $284 billion in new loans. The first two rounds, which began April 3 and ended Aug. 8, gave out more than 5.2 million loans worth $525 billion.

But for many businesses, including restaurants, gyms and retailers that depend on people gathering in large numbers or in close quarters, the money was nowhere near enough as the pandemic continued longer than anyone expected. It’s estimated that well over 100,000 small U.S. businesses have failed since the outbreak began.

Moreover, many companies weren’t able to get loans, including newly formed businesses and those whose financial records didn’t meet bank requirements. Many businesses applied to multiple banks, often because they couldn’t get a response to their applications and subsequent inquiries — and many of these business owners gave up in frustration or ran out of time.

Jason Tyler expects business at his limousine service to be down by as much as half this month. The corporate trips that provided as much as 80% of his revenue remain on hold, and without weddings and concerts, individual customers have little need for a limo. Tyler needs a second PPP loan to keep the business going.

“We’re going to use it pay our staff and honestly, I’ve got to use it in marketing dollars,” says Tyler, owner of Prestige Transportation, which serves the Kansas City metropolitan area. With his usual customers staying home, he needs to find new accounts to keep his revenue stable.

He used his first loan to pay the people who drive his seven cars, but there was one worker he couldn’t afford to rehire. Tyler also sold one of his cars to bring in badly needed capital. Tyler is hoping business will start returning to normal in the spring, when more people hopefully will have been vaccinated.

Some owners, while struggling, aren’t rushing to apply for a second loan. Jim Sheets, who owns a framing store and art gallery in Rochester, New York, wants to see how much of his first loan will be forgiven before deciding on a second round.

Sheets’ store, Frame Shop of Henrietta, was closed for three months in the spring and has lost the business it usually gets from schools including Rochester Institute of Technology and the University of Rochester. But business from homeowners is keeping Sheets afloat — people spending more time at home are getting pictures framed to spiff up their surroundings.

The PPP loan Sheets got in the spring helped tide him over. He would consider another loan, but whether he applies will depend not only on whether he has to pay back any money from the first one, but also whether the sales momentum at his store continues.