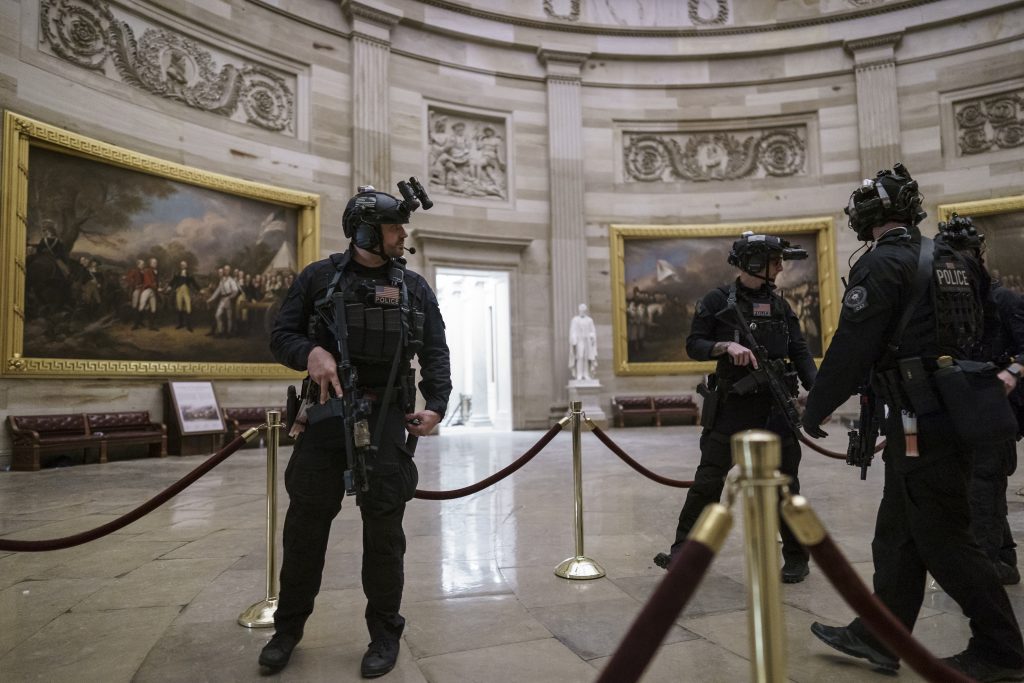 A Capitol Police officer, Brian Sicknick, has died of injuries suffered when supporters of President Donald Trump assaulted the legislative building, the force said, bringing to five the number dead from the riot.

Wednesday’s breach of the Capitol building took place as lawmakers were in the building certifying the victory of President-elect Joe Biden.

“Officer Sicknick was responding to the riots … and was injured while physically engaging with protesters,” police said in a statement.

He died on Thursday after being taken to hospital following his collapse after he returned to his divisional office, it said. An affiliate of CBS News reported that Sicknick was a 15-year veteran of the force and 40-years-old.

The report said he had earlier suffered a stroke and was on life support before his death.

Metropolitan homicide officials will investigate the death of Sicknick, who joined the U.S. Capitol Police in 2008, along with the Capitol force and its federal partners, police said.

Trump condemned the violence, saying the rioters had defiled the seat of American democracy and must be held accountable. A woman demonstrator was fatally shot by authorities, and three people died from medical emergencies.