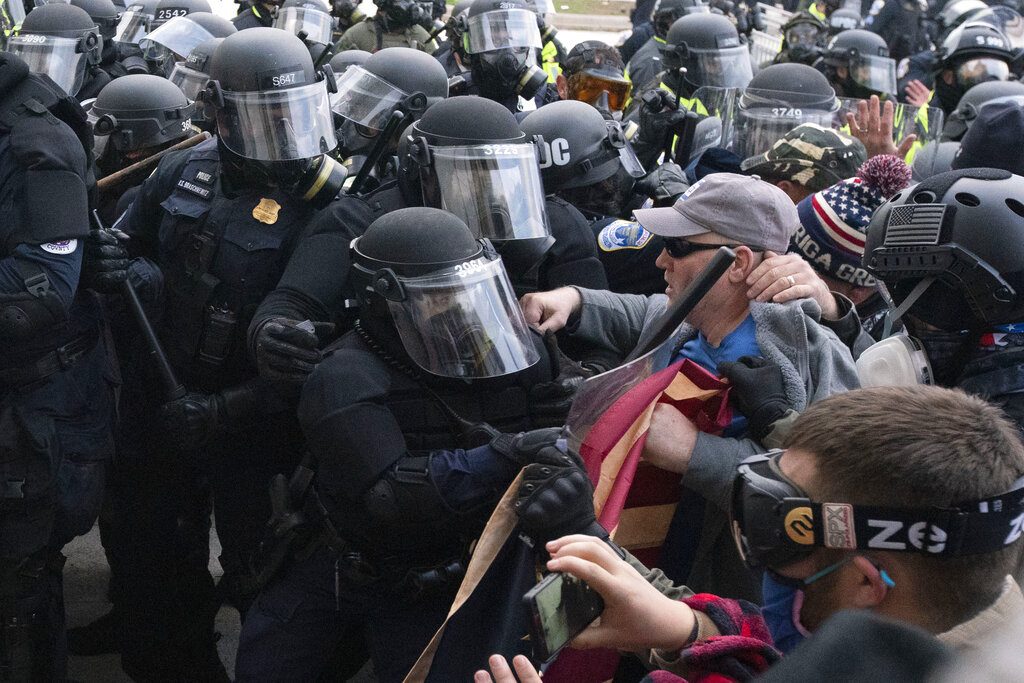 After a mob of the President’s supporters broke into the Capitol on Wednesday and ransacked the building while elected officials feared for their lives, many current and former politicians and prominent government officials have issued forceful condemnations of the attack.

The Senate and Congress stayed in session until the early hours of the morning, deliberately foiling the attempts of the mob who tried to stop them from certifying President-elect Joe Biden’s Electoral College victory.

Former President George W. Bush said in a statement, “I am appalled by the reckless behavior of some political leaders since the election and by the lack of respect shown today for our institutions, our traditions, and our law enforcement.”

He continued, “In the United States of America, it is the fundamental responsibility of every patriotic citizen to support the rule of law.”

Lindsay Graham, Republican Senator from South Carolina and prominent Trump ally, said what happened was “a national embarrassment” and the attack “repugnant to democracy.”

He called for “federal officials to form task force to identify those who breached the Capitol, vandalized our national institutions, and expect prosecutions to the fullest extent of the law.”

Republican Senate Leader Mitch McConnell forcefully condemned the rioters. “The United States Senate will not be intimidated,” he said. “We will not be kept out of this chamber by thugs, mobs, or threats. We will not bow to lawlessness or intimidation. We are back at our posts. We will discharge our duty under the Constitution for our nation.”

He then announced the Senate would stay as long as it took to certify the Electoral College for President-elect Joe Biden.

“The clockwork of our democracy has carried on,” he vowed. “The United States democracy has faced greater threats than the unhinged crowd we saw today…This failed insurrection only underscores how crucial the task before us is.”

Senator Mitt Romney of Utah, one of the most prominent Republican critics of Trump, was outraged. In a speech on the Senate floor after the building was cleared, he laid the blame on Trump and fellow Republicans for supporting election challenges and giving the president’s supporters naive and dangerous hopes they could overturn the election.

“The best way we can show respect for the voters who are upset is by telling them the truth,” he said. “Those who continue to support..objecting to the results of a legitimate, democratic election will forever be seen as being complicit in an unprecedented attack against our democracy. They will be remembered for their role in this shameful episode in American history.”

Similarly, Trump’s Attorney General Bill Barr said to the press in a television interview, “The President’s conduct yesterday was a betrayal of his office and supporters.”

Some have gone further in their criticism, declaring a red line has been crossed and are calling for President Trump’s removal from the Office of the Presidency.

Republican Illinois Congressman Adam Kinzinger was the first Republican to call for the president to be removed from office. In a video posted on social media, Kinzinger said Trump “is unfit. And the president is unwell.”

He further said that Trump “must now relinquish control of the executive branch voluntarily or involuntarily.”

Kizinger called on Pence to invoke the 25th Amendment. The 25th Amendment allows for the Vice President and majority of the Cabinet to declare the president unfit for office and remove him.

House Leader Nancy Pelosi called for Pence to remove Trump from office, and said if he would not do so, the House would begin impeachment proceedings.

“If the vice president and cabinet do not act, the Congress may be prepared to move forward with impeachment,” she said.

Several Democrat members of the House have drafted Articles of Impeachment, and more than fifty have expressed their support for removing Trump from office.

In a statement on Thursday, Senate Democratic leader Chuck Schumer said the attack on the Capitol “was an insurrection against the United States, incited by the president.” He added, “This president should not hold office one day longer.”

Additionally, Trump is also facing waves of resignation from inside his own administration.

Secretary Treasury Elaine Chao resigned on Thursday, the first Cabinet official to do so.

Mick Mulvaney, former acting White House chief of staff resigned from his ambassadorial post on Thursday, telling press, “I can’t do it. I can’t stay.”