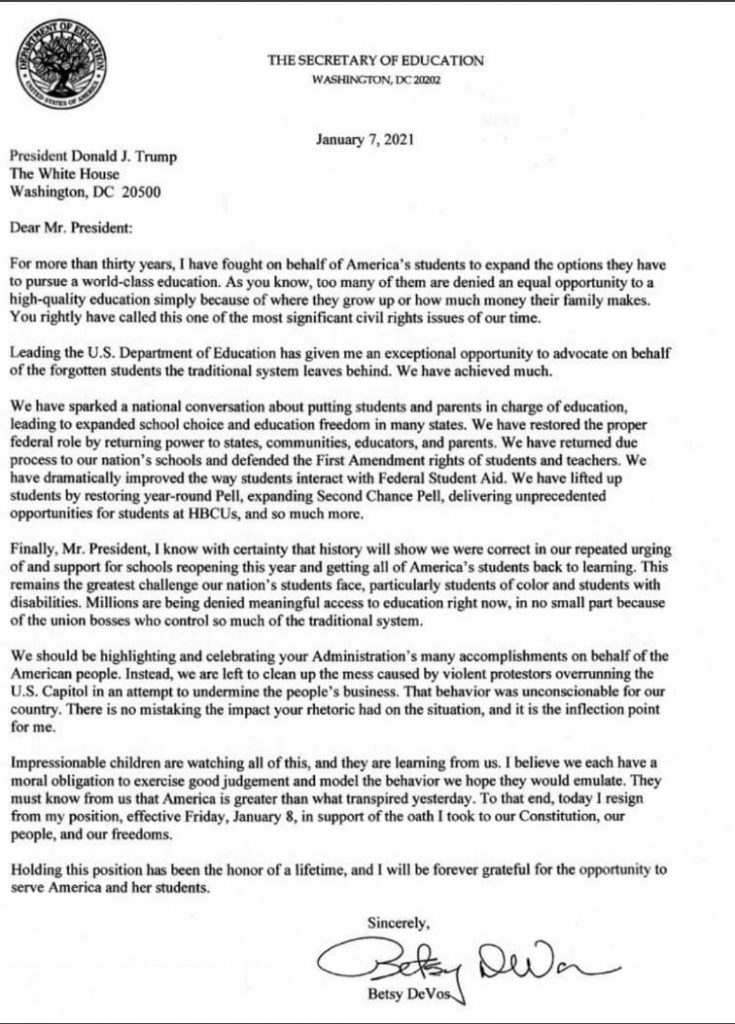 Education Secretary Betsy DeVos has become the second Cabinet secretary to resign a day after a pro-Trump insurrection at the U.S. Capitol.

In a resignation letter Thursday, DeVos blamed President Donald Trump for inflaming tensions in the violent assault on the seat of the nation’s democracy. She says, “There is no mistaking the impact your rhetoric had on the situation, and it is the inflection point for me.”

In a farewell letter to Congress earlier this week, DeVos urged lawmakers to reject policies supported by President-elect Joe Biden, and to protect Trump administration policies that Biden has promised to eliminate.