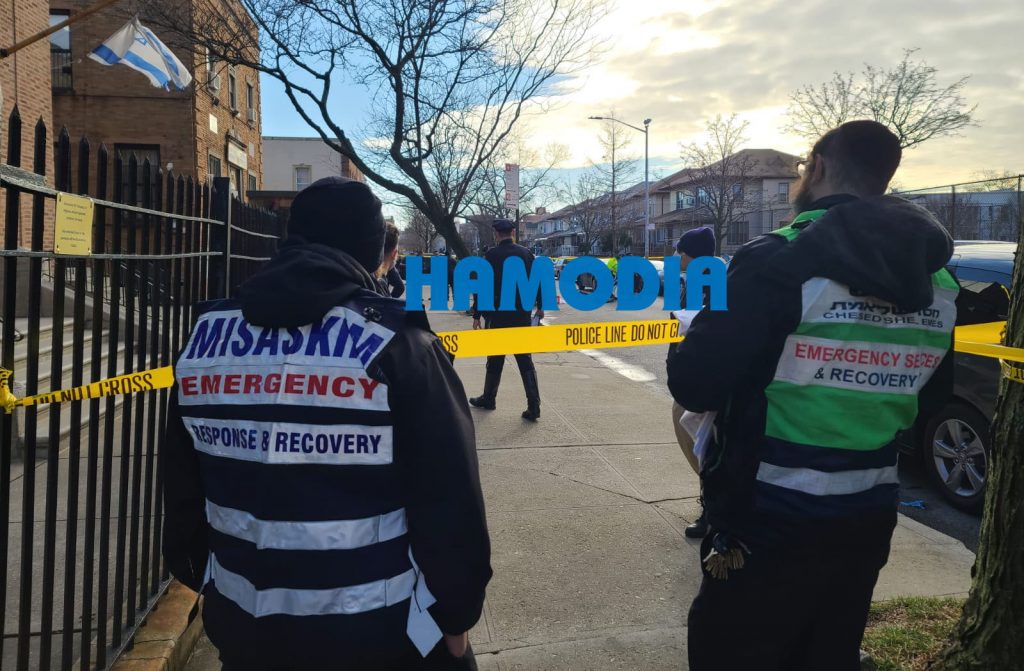 A tragedy occurred in Bensonhurst Monday morning, as a 4-year-old boy was niftar and another child was injured after being struck by a vehicle.

The accident happened at 9 a.m. Monday, in front of Yeshiva Ketana of Bensonhurst, on 67th Street between 20th and 21st Avenues. A 4-year-old boy and 5-year-old boy, both of Staten Island, had just been dropped off at the yeshiva, when a van struck them. Hatzolah responded to the scene quickly. The 4-year-old was niftar, and the other boy was transported to Maimonides Medical center in stable condition.

Chesed Shel Emes and Misaskim responded to the scene to ensure kavod hameis.

The levayah will be held in Yeshiva of Staten Island at 8 p.m. Monday. Kevurah will be in Lakewood at Sons of Israel, at 613 Ramsey.