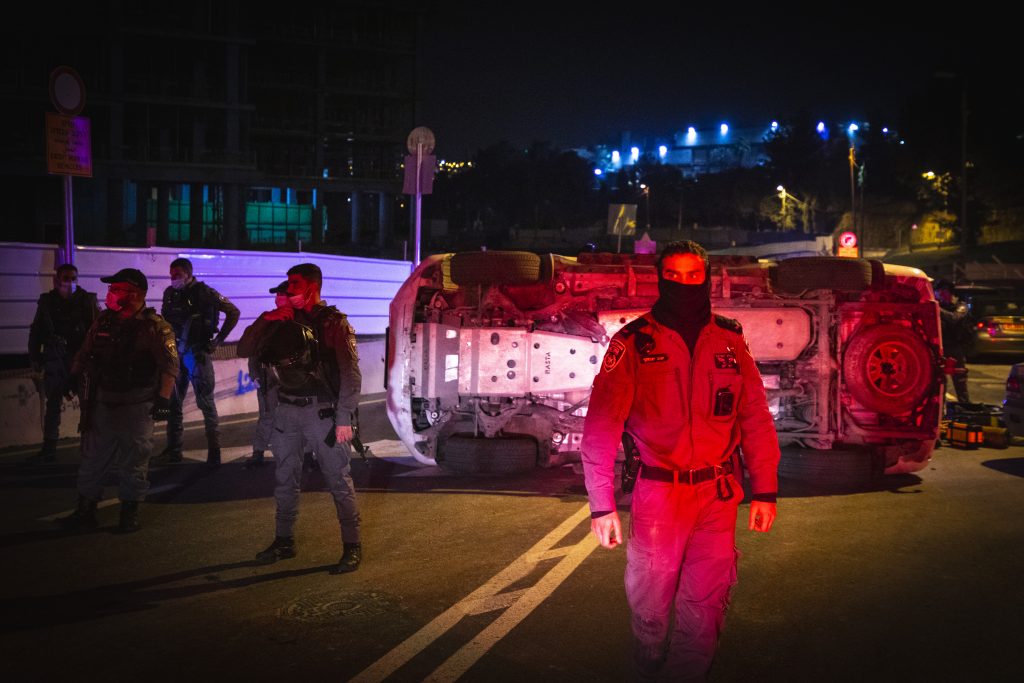 Clashes between police and youths protesting the death of Ahuvia Sandak occurred in Yerushalayim on Motzei Shabbos in which seven policemen were reported injured and at least twenty demonstrators arrested, according to The Times of Israel.

An estimated over 1,000 people participated in the protest, part of a series which began after Sandak, 16, was killed last week in a car crash while he and several others were being chased by police for allegedly throwing rocks at Arabs.

Speaking at the rally was Rabbi Dov Lior, the former chief rabbi of Kiryat Arba, who said police must “take responsibility for this murder” and called for an outside investigation of the incident.

Police have meanwhile charged four other boys who were with Sandak at the time with negligent homicide. The Justice Ministry’s Police Internal Investigations Department has questioned the officers involved in the incident. But Channel 12 reported that they are not expected to face criminal charges.

Protesters on Motzei Shabbos warned “not to whitewash the murder” and called to “close down Yehuda and Shomron District,” which is responsible for law enforcement in the region.