Coronavirus Israel’s One Millionth Vaccine Receipt, Who Had Picture With PM, Named as Convicted Killer
CoronavirusIsrael 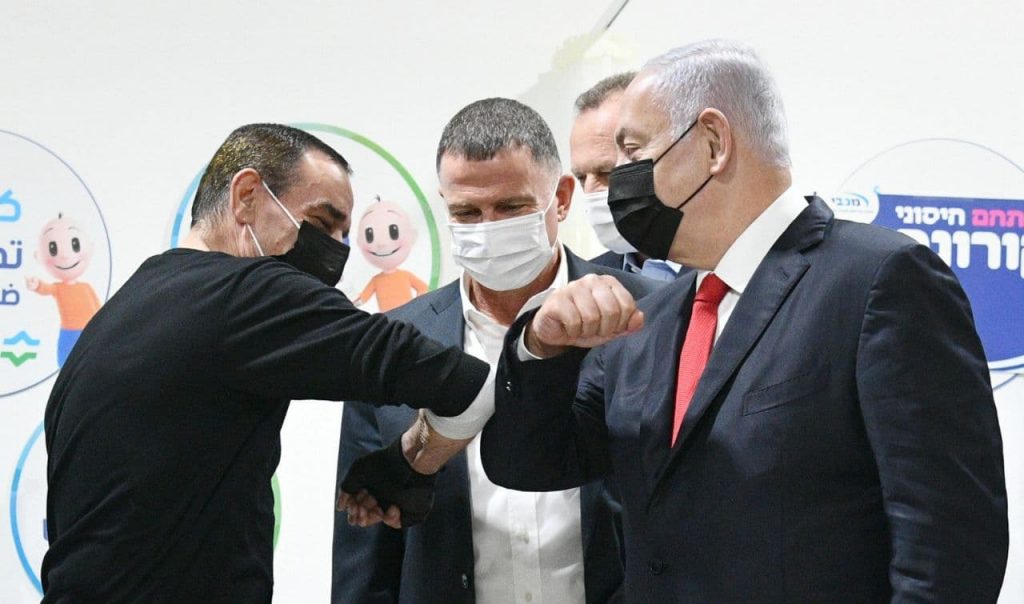 The man was who said to have been the millionth Israeli to receive the coronavirus vaccine, who was given his inoculation on Friday with Prime Minister Binyamin Netanyahu standing alongside, was reported Sunday to be a convicted double murderer.

Abd al-Wahhab Jabarin, 66, who got his shot as Netanyahu was visiting a vaccination center in the Arab Israeli town of Umm el-Fahm, was found guilty some 20 years ago of a double murder, Kan News reported. He was said to have completed his prison sentence for the crime.

Standing next to Jabarin, Netanyahu called reaching the milestone a moment of “great excitement.”

“We are breaking all of the records. We brought millions of vaccines to the State of Israel,” he said. “We are ahead of the entire world … with our excellent kupot cholim.”

Local officials in Umm al-Fahm told Kan they were shocked to see Jabarin appearing alongside the prime minister and assumed his media team had no idea of Jabarin’s past.

The Prime Minister’s Office did not immediately respond to the report.

The apparent misstep comes on the back of criticism of Netanyahu for his appearances last week in two Arab Israeli towns and his efforts to reach Arab Israeli voters ahead of the March election, claiming to be working on a plan to tackle violent crime in Arab Israeli communities.

“I’ll sit tomorrow with [Public Security] Minister Ohana to bring [about] a plan against crime and violence in Arab society,” Netanyahu was reported saying Motzoei Shabbos, while laying out his plan to reach Arab Israeli voters.

Arab Israelis have long complained of a tide of violent crime in their communities — 2020 saw 96 homicides in the Arab population, representing a 50% jump in the murder rate among Arab Israelis in only four years.

Arab MKs and civil society organizations have repeatedly accused Israeli authorities of failing to stem the tide of violence in their communities.

Netanyahu’s push for Arab votes in the coming election, despite past tensions with the community surrounding previous elections, including rhetoric seen by many as racist.

Arabs make up around 20% of Israel’s population and have been relatively slow to embrace the vaccination campaign, prompting Netanyahu to launch a series of visits to Arab localities, his first in years, in what is also seen by many as an attempt to score political points ahead of the March elections. In Umm el-Fahm, where the one millionth vaccine was administered, vaccination has been low.

Netanyahu has said Israel is aiming for some 2.25 million Israelis out of a population of 9.3 million to be vaccinated by the end of January.

Some 1,090,000 vaccinations had been administered as of Sunday morning, according to Health Minister Yuli Edelstein.