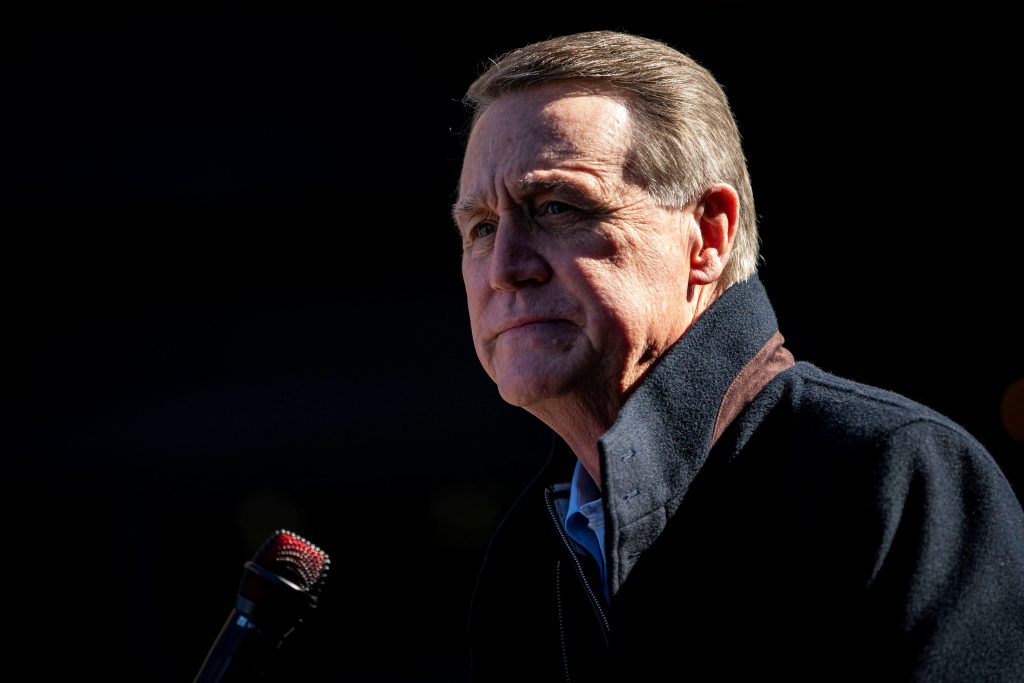 David Perdue, one of two Republican U.S. senators facing a runoff election next week, is quarantining after coming in contact with someone who tested positive for the coronavirus, his campaign said in a statement on Thursday.

Perdue was notified on Thursday he was in “close contact” with someone on his campaign who was infected with the virus, the statement said, adding that Perdue and his wife tested negative.

The quarantine threatens to disrupt the final days of campaigning ahead of the Jan. 5 contest that will determine whether President-elect Joe Biden’s Democrats control both chambers of Congress and can more easily advance his agenda.

More than 2.8 million Georgians have voted so far, according to state data published on Thursday, the last day of early in-person voting. The early voting has put turnout at a record high for a Georgia runoff, exceeding the 2.1 million ballots cast in a 2008 Senate contest.

The runoffs pit Perdue and the state’s other Republican senator, Kelly Loeffler, against Democratic challengers Jon Ossoff and Raphael Warnock. The runoff was necessary because no candidate won more than 50% of the vote in the Nov. 3 election.

Perdue’s campaign did not provide details on when he came into contact with the infected person, how long his quarantine would last or how it would impact any campaign events, adding that more information would be provided later.

Georgia’s surge in voting, including among Black voters who have historically supported the Democratic Party, suggest a competitive contest in a state Biden narrowly won in November.

About a third of the ballots accepted so far come from voters who identified themselves as Black when they registered to vote, up from about 27% in the November election.

The state releases information about the number of people who voted, but does not tally their votes until election day.

If Republicans win one or both Senate seats in Georgia, they will retain a slim majority in the chamber and can block Biden’s legislative goals and judicial nominees. If Democrats win both, the chamber will be split 50-50, giving the tiebreaking vote to Vice President-elect Kamala Harris.

Early voting, both by mail and at in-person voting centers, appears high across the state, including in Republican areas.

Across more than 2,600 voting precincts, county officials have accepted roughly the same number of ballots in precincts carried by Trump in November as in those carried by Biden, state data showed.