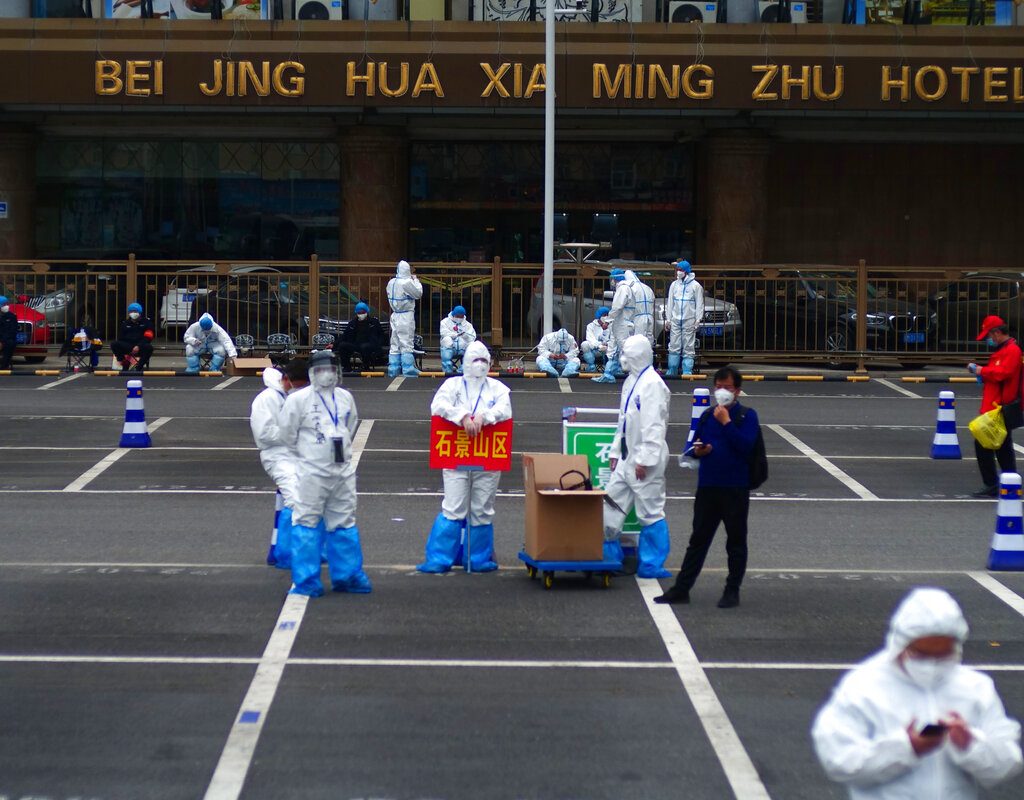 A German scientist who is part of a small team of experts assembled by the World Health Organization to investigate the origins of the coronavirus says they plan to sift through samples and medical data from China to help determine where the bug first jumped from animals to humans and which species it came from.

The search for the source of the new coronavirus has sparked claims of cover-ups and fueled political tensions, particularly between the U.S. administration of President Donald Trump and Beijing. Most researchers think that the virus, also known as SARS-CoV-2, originated in animals in China, probably bats, and the WHO has put together a 10-person team to examine the science.

Mission member Fabian Leendertz, a biologist at Germany’s Robert Koch Institute who specialized in emerging diseases, said that the goal is to gather data to be better prepared for possible future outbreaks.

“It’s really not about finding a guilty country,” Leendertz said. “It’s about trying to understand what happened and then see if based on those data, we can try to reduce the risk in the future.”

In an interview Tuesday with The Associated Press, Leendertz said the team has already begun discussions with scientists in China and expects to travel to the country next month. They will likely start in Wuhan, where the outbreak was first reported, though a precise itinerary hasn’t yet been set.

Leendertz, who was part of a previous mission to track down the origins of an Ebola outbreak in West Africa, said “it’s more (…) a team effort with Chinese colleagues to help identify the necessary next steps and how to continue,” he said.

One of the difficulties is that those who contract COVID-19 can display a wide range of symptoms similar to flu or other diseases, or even no symptoms at all. This makes tracking the chain of infection much harder than with Ebola, which has clear and dramatic symptoms that people remember.

Leendertz said scientists would be looking to see whether stored medical samples from before the first known case provide evidence that the virus was circulating earlier than previously thought.

“Then to see where that track leads us, if it’s another city or if it stays in Wuhan or where that goes,” he said.

Another line of inquiry will be to examine the famous market in Wuhan that was pinpointed early on as a possible location for the leap from animal to human.

“It may also be that it was just the first mega spreading event or one of the first,” he said.

Tracking down the animal in which the virus emerged will be key, and for this the group will need to take samples of further bat species and other animals that might harbor the microbe.

Leendertz said the team has not been informed of any restrictions on their work in China beyond the two-week quarantine all travelers currently face. In total, the mission is expected to last four to five weeks, he said.

“There will be a report from that mission, but I’m pretty sure that [it] will not give the full answer,” he said, adding that further research will likely be necessary.

“Also X-rays from the hospitals — we now know quite well what COVID-19 patients look like. … So that could also be a hint,” he said.

“The big scope is to try to find out what happened,” said Leendertz. “How the virus jumped from which animal to perhaps an intermediate host and then to humans. To reconstruct the scenario.”

“The more you know about why these spillover events happen, the better you can also check if there are countermeasures you can take to prevent such transmissions in the future.”