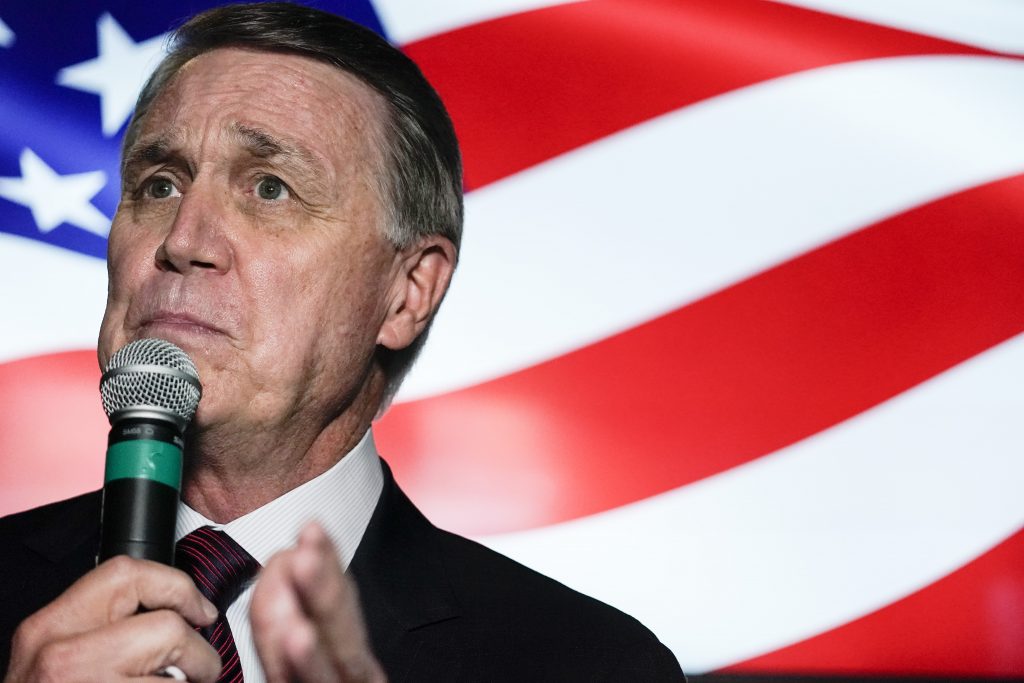 Republicans are tapping big donors to raise more money than Democrats for the effort to win two Senate runoff elections in Georgia, according to the latest filings with the Federal Election Commission.

GOP donors gave $95 million to their party’s Senate super-PAC and party committee between Election Day and Nov. 23, more than four times as much as the $18 million Democrats gave similar groups over the same period. The GOP has been spending heavily to help Sens. David Perdue and Kelly Loeffler hold their seats in the Jan. 5 runoff. But the two Democrats, Jon Ossoff and Raphael Warnock, drew much more in small-dollar, online donations than their rivals during that time, garnering enough money to stay competitive.

The bigger direct contributions was not enough to make up the difference between the camps, however, and the GOP’s edge has allowed it to book much more pricey advertising in Georgia. The Republican candidates and their allies have booked $161.6 million in airtime so far compared to just $118.3 million for Democrats.

Both parties are laser focused on the Georgia runoffs because the outcome will determine who controls the upper chamber. If Democrats manage to unseat both incumbents, the Senate would be split 50-50, and Democrats would then be able to set the agenda because Vice President-elect Kamala Harris would be able to break any ties. But if at least one of the two Republicans win, the GOP maintain control of the Senate.

And big-money Republicans are stepping up for the fight. The Senate Leadership Fund, a super-PAC that has ties to Majority Leader Mitch McConnell, R-Ky., raised $104.2 million between Oct. 15 and Nov. 23, with $71.1 million of that amount donated after the Nov. 3 general election.

That fund has booked $40.3 million in ads in Georgia, according to AdImpact.

The National Republican Senatorial Committee has raised $23.9 million since the election, including some big donations from Senate Republicans’ own campaigns. McConnell has been hosting several virtual fundraisers for the party and the two Georgia candidates each week, a person close to McConnell said. He is also raising money for them through email solicitations sent out through WinRed, the Republican online fundraising platform launched in 2019. WinRed’s data suggests that online donations to the two Republicans lag behind the Democrats’. Using the platform, Republican donors contributed $28.6 million to Perdue and $27 million to Loeffler. Loeffler had largely self-financed her campaign before Oct. 15, loaning it $23 million while raising just $5 million.

The national interest in the races is reflected in the grassroots giving. Of nearly $114 million raised by the two Democrats through ActBlue, 96% comes from donors outside of Georgia. For the Republican candidates, 92% of their $56 million through WinRed is from out-of-state contributions.

California was the biggest source of contributions for the Democratic candidates, with $26.2 million in donations through ActBlue, and for Republicans, who got $6.8 million. Georgia was the seventh-most-generous state for Democrats and fourth for the two Republicans.The Democrats’ Senate Majority PAC raised $89.8 million between Oct. 15 and Nov. 23, but just $10.2 million of that amount came after Election Day.

The four Senate candidates won’t file detailed information on their fundraising and spending until Dec. 24, when they file their pre-runoff reports.