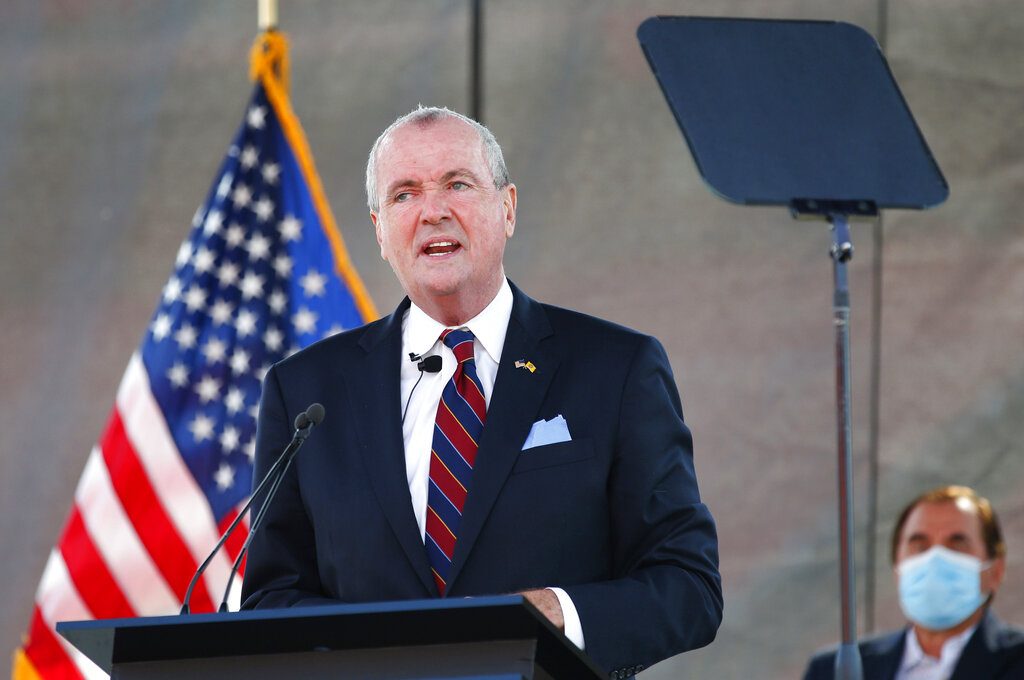 N.J. Governor Phil Murphy announced that the outdoor gathering limit would be reduced from 150 to 25 people beginning Dec. 7. The change won’t affect outdoor dining, he said.

In addition, all indoor youth sports in New Jersey will be suspended starting Saturday because of the climbing COVID-19 caseload, Gov. Phil Murphy said Monday.

Murphy said the pause would begin at 6 a.m. and go until Jan. 2. It covers all youth sports, but excludes college and professional athletics, Murphy added.

“We do not take this step lightly,” said Murphy, a father of four. “As folks probably know I’m a huge sports fan and all of our kids play sports. I hope and intend to see the winter sports season in January.”

The New Jersey State Interscholastic Athletic Association said in a statement that the order would affect only the start of high school ice hockey.

“We’re hopeful that, with schedule modifications, the ice hockey season will be viable when the state’s pause is lifted,” the association said in an emailed statement.

New Jersey, like much of the country, has seen spiking cases and hospitalizations.

The weekly average of new daily cases topped 4,000 on Monday, up from 3,500 earlier this month and above the nearly 1,000 seen in October. New Jersey’s hospitalizations reached nearly 3,000, Murphy said Monday, a level not seen since May.

There were also an additional 15 deaths reported overnight, the governor said, putting the total at 15,164 since the outbreak began in March.