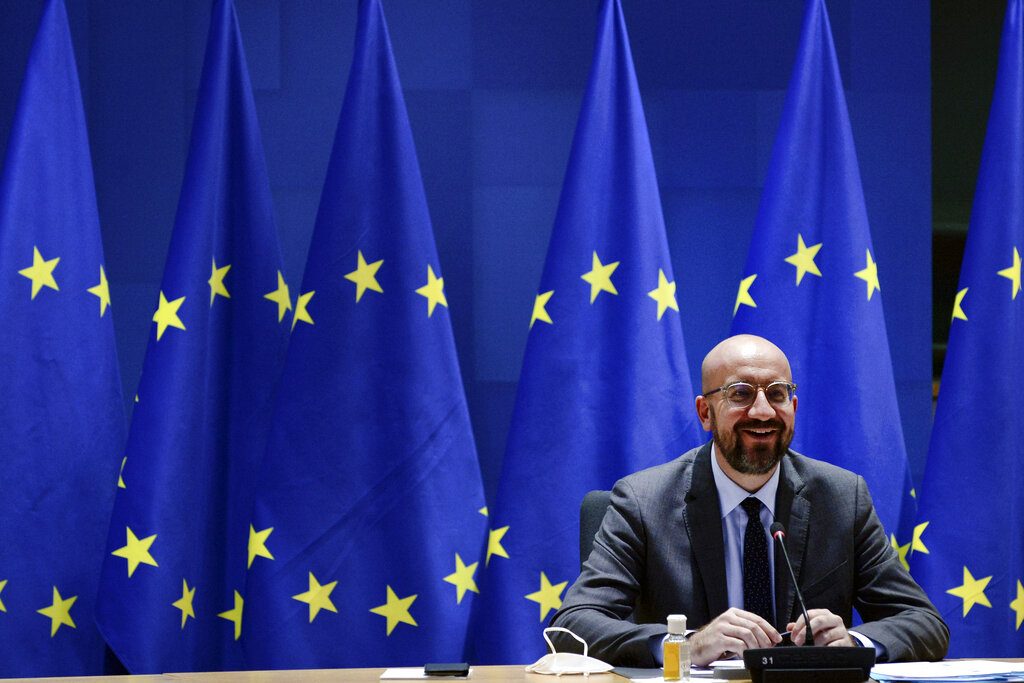 The leaders of Hungary and Poland vowed Thursday to uphold their veto of the European Union’s next budget — and its massive pandemic relief fund — saying a mechanism that ties payment of funds to rule of law principles risks derailing the bloc.

The EU has proposed a mechanism linking its 1.8 trillion-euro ($2.1 trillion) budget for 2021-2027 and coronavirus recovery package to the respect of the rule of law by its 27 members.

This would allow funds to be denied to members that violated democratic norms, and could target Poland and Hungary. Both countries are at loggerheads with Brussels over their rule of law standards, and the EU has opened legal procedures against them.

Poland and Hungary vetoed the mechanism last week, effectively stalling progress on the implementation of the whole budget and the urgently needed rescue package, planned for January. Tough negotiations are expected at an EU summit next month.

The two prime ministers, Viktor Orban and Mateusz Morawiecki, met in Budapest to discuss ways of persuading EU leaders, and especially Germany, which currently holds the bloc’s presidency, to abandon the conditionality mechanism.

“This is not the right way to go,” Poland’s Morawiecki said about the new mechanism, stressing it is not written into EU founding treaties.

“This is extremely dangerous for Europe’s cohesion, it is a bad solution that threatens a breakup of Europe in the future,” Morawiecki told a news conference.

He argued that similar exclusive mechanisms could be used in the future against other countries, over other issues. With the veto “We are defending the unity of the union,” Morawiecki said.

Hungary’s Orban said the EU debate over the rule of law must not be tied to ways of helping the entire bloc overcome the biggest economic downturn in its history.

“Whoever links them is irresponsible, because the crisis needs fast economic decisions,” Orban said.

He said he was acting in his nation’s interest by opposing the financial mechanism, saying it violated Hungary’s national values and sovereignty.

Orban said the debate was not about the rule of law but about the “rule of the majority.”

In their joint statement, they rejected any mechanism that would financially sanction member states for violating democratic standards.

If EU nations’ leaders fail to break the stalemate before the end of the year, the bloc will continue to spend but function on limited resources, with a maximum of one twelfth of the budget for the previous financial year to be spent each month. Many projects for Poland and Hungary could be held up.