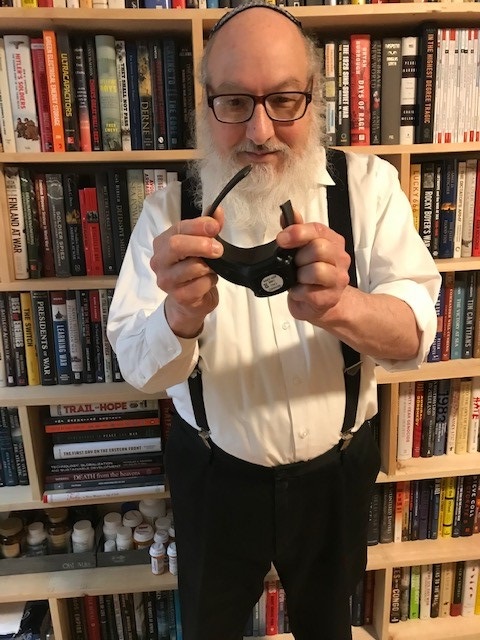 I vividly recall the day over thirty years ago when I was invited to a meeting at the home of the Klein family in Flatbush to meet with Professor Morris Pollard of Notre Dame University, a distinguished looking man, and a renowned expert on biological sciences. He came to New York as part of his campaign to help his son, Jonathan, who had been sentenced to an unprecedented sentence of life in prison because he gave Israel classified information about its enemies. This information had been withheld from Israel by the United States, and cognizant that sharing this information could help save Jewish lives, Pollard had broken the law and shared it with the Israelis. The median sentence for such a crime was two to four years.

Deeply moved by what I had heard that day, I wrote numerous articles for the Hebrew Hamodia about this horrific miscarriage of justice. After we merited, with much siyatta diShmaya, to establish the English-language Hamodia, the plight of Jonathan Pollard was always a top priority,

and we ceaselessly advocated on behalf of Jonathan Pollard. We sent him a copy of Hamodia to prison each week.

Twelve years ago, I traveled to Butner, North Carolina, to interview Mr. Pollard. The process of arranging an interview with Pollard, who had by then been a federal prisoner for 23 years, was not a simple one. Originally, I had planned to visit him together with Rabbi Pesach Lerner, but the prison authorities, in a reversal of their earlier policy, had decided that, since Rabbi Lerner came as a member of the clergy, and I from the media, I had to come alone.

Entering the prison is an experience that is deeply ingrained in my memory, not merely the list of rules and regulations regarding what I was permitted to bring inside and how I was to behave during the clearance process, but by seeing firsthand the enormity of what being incarcerated in a high security prison actually means. This was brought home forcefully the moment the gate opened slowly before me, allowing me to enter. Once I entered, the gate behind me slowly clicked shut, and only then, when I was safely between areas, with a gate before me, behind me, and barbed wire above, was the second gate unlocked and opened, permitting me to proceed into a place that is like a foreign country to all of us who are free.

Pollard was led into the visiting room by a guard. He looked different from what I had come to expect from the familiar photographs. Informing me that we had only two hours less three minutes, which, with time being his only commodity, he had calculated down to the very last second, he was eager to begin talking. I was struck by how focused and organized he was, and how he appreciated the value of every minute. He had so much to explain, so much to clarify, so much to accomplish during my long-awaited visit.

Two officials closely monitored our conversation throughout the interview. I had been permitted to bring along only a pencil and a pad of paper.

We sat opposite each other on molded plastic chairs, separated by a square plastic item that looked like an empty toy box. Pollard knew exactly what he wanted to say, and was immediately able to retrieve and convey exact details about his case, his situation, and his incarceration. He described to me how his wife, Esther, who had heroically dedicated her life on his behalf, and spent her days davening at mekomos hakedoshim and leading the campaign seeking his freedom, keeps him alive, and how he managed with great difficulty to keep Shabbos in prison. While he was clearly suffering terribly in prison and it had taken a serious toll on his physical health, it was clear to me that it had not broken him mentally, spiritually or emotionally.

For the next seven years, Hamodia continued to do all it could on behalf of Jonathan’s plight, working closely with his wife, Esther, and Rabbi Pesach Lerner on his behalf. After he finally was released from prison five years ago under draconian parole restrictions, I went to visit him in the tiny studio apartment he and Esther lived in. Shackled by an electronic bracelet, confined to his tiny room from 7:00 p.m. to 7:00 a.m., and with severe limitations on where he could go to during the day, he was far from a free man. Fortified only by his emunah in the Ribbono shel Olam, and his deep sense of gratitude to his wife, he persevered, rising above circumstance to inspire others.

Finally, on Friday afternoon, we learned that, at long last, the restrictions had been lifted and, after 35 years, he was finally a free man. Baruch mattir assurim!

At this long awaited moment, it is appropriate to reflect on some of those who gave so much of themselves for this lofty mitzvah of pidyon shevuyim.

First and foremost of course is his wife, Esther, whose incredible mesirus nefesh on his behalf kept him alive.

For 30 years, Rabbi Pesach Lerner has exhibited extraordinary selflessness and ahavas Yisrael in always being there for Jonathan in every way possible.

Harav Mordechai Eliyahu, zt”l, the former Sephardic Chief Rabbi of Israel, whose spiritual guidance and support was a source of strength to Jonathan and Esther Pollard from the outset of the case.

Fittingly, it was Jonathan’s longstanding and outstanding pro bono lawyers Eliot Lauer and Jacques Semmelman, who got to share the glad tidings on Friday with the public.

The thousands of Jews who davened on a daily basis for Yehonoson ben Malka, and wrote letters and called the White House switchboard urging that he be freed.

This is also a time for those who were in a position to be of help, yet failed to do so, to engage in a cheshbon hanefesh. This is fitting time for them to ask forgiveness from a Yid who sacrificed so much to save the lives of other Jews, and yet was abandoned by much of the Jewish lay leadership. Some of them until this very day have the chutzpah to feel free adding salt to the open wounds.

Finally, and most importantly, it is time for all of us — both in the media and among the general public — to respect their wish for privacy and allow them to keep the low profile they desire. Let us continue to daven for Jonathan and his wife, Esther Yocheved bas Raizel Brachah, as they continue her medical treatments. As they start their life anew, may they be blessed with good health, success in all their endeavors and true happiness.