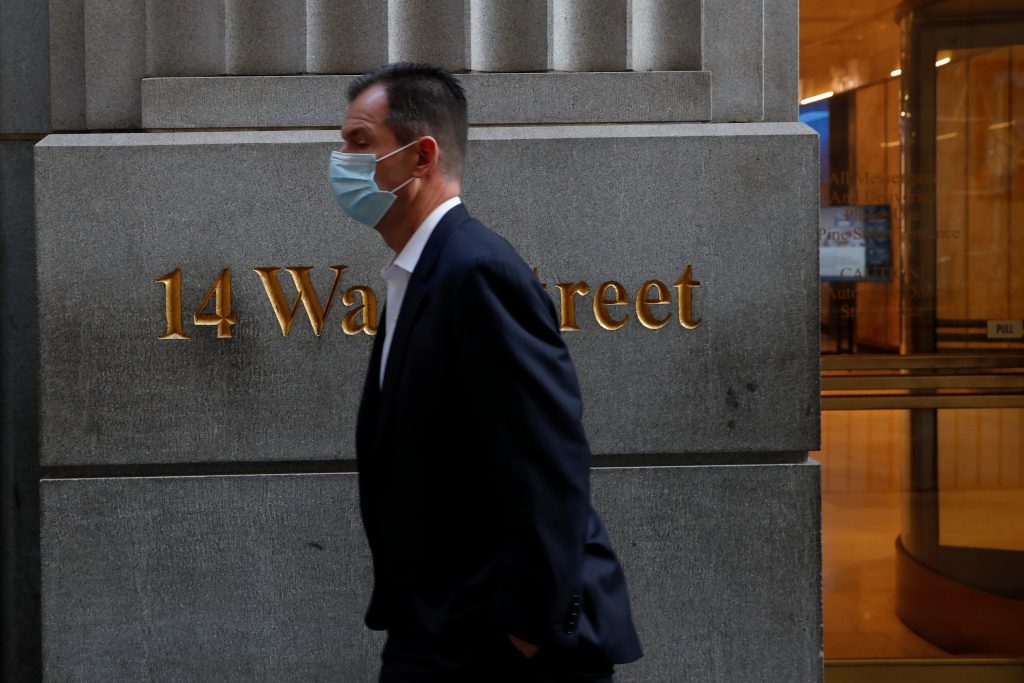 Wall Street’s main indexes were set to open higher on Tuesday and added to hopes of an economic recovery next year.

The Dow Jones Industrial Average breached the 30,000-mark for the first time on Tuesday, as as the formal go-ahead for Joe Biden’s transition to the White House ended weeks of political uncertainty, and optimism that COVID-19 vaccines will open the way to economic recovery next year fueled Wall Street’s rebound from a pandemic-driven crash this year.

Global stock markets sank in February and March as the novel coronavirus spread across Europe and the United States, abruptly halting a bull run that dates back to the aftermath of the 2008 financial crisis.

While U.S. economic activity is reeling from the damage inflicted by lockdowns and employment is at levels last seen in 2015, a raft of monetary and fiscal stimulus has powered Wall Street’s main indexes back to record highs.

The technology-heavy Nasdaq is trading just around 12,000 points after crossing 10,000 for the first time in June, while the S&P 500 has soared 65% since crashing to a more-than-three-year low in March.

Futures linked to the blue-chip Dow jumped 1% in early trading, outperforming Nasdaq 100 futures as investors set up to again rotate out of the technology heavyweights that were seen as safe bets during the recession.

After weeks of legal challenges by the Trump campaign to overturn the election result, the U.S. federal agency that must sign off on the presidential transition told Biden on Monday that he can formally begin the hand-over process.

Shares of Tesla Inc., the world’s most valuable automaker, rose 4.6% premarket, putting the company on track to hit $500 billion in market value at the opening bell.

Signs that a working COVID-19 vaccine could be available before the end of the year have put the benchmark S&P 500 on course for its best November since 1980 and rekindled demand for cyclical sectors such as industrials and financials after a virus-led crash earlier this year.

Investor attention will be on consumer confidence data for November due later in the day, although trading volumes are expected to be light in a week shortened by the Thanksgiving holiday on Thursday.