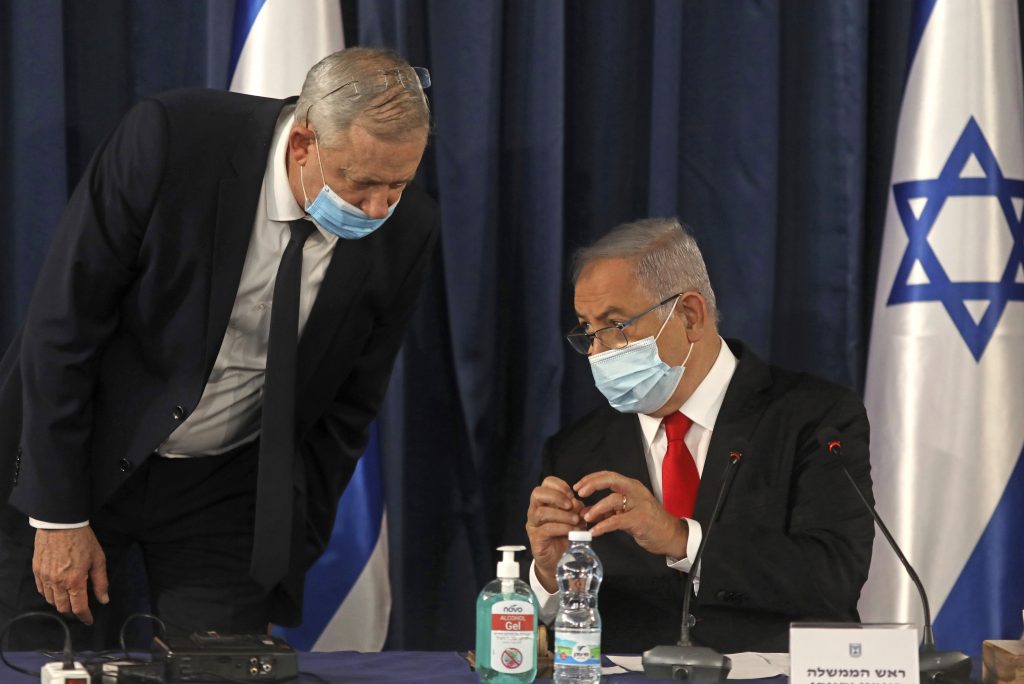 The uproar over Benny Gantz’s decision to back a government probe of the submarine affair, which could implicate Prime Minister Binyamin Netanyahu‏‏, may be only a harbinger of things to come.

Gantz was quoted by Israeli media on Sunday telling his Blue and White party ministers: “This will be a tough week. Get ready to be attacked. We will use all means at our disposal. The submarine probe is only the first step. The next two weeks are going to be dramatic.”

Coalition chairman and Netanyahu spear-carrier Miki Zohar denounced the move as “no less than a provocation against Likud and its leader.”

“Even though Gantz knows well that Netanyahu had nothing to do with the submarine story, he is acting to besmirch him while endangering the coalition,” Zohar said.

“This is yet more proof that Gantz is dragging Israel to elections during a global crisis.”

Gantz is said to be under pressure from within his party to leave the coalition, a move that would trigger the country’s fourth election in two years. Netanyahu, likewise, has been accused of maneuvering toward elections, though he has denied it.

Meanwhile, Netanyahu, who normally prefers to ignore unfavorable polls, went out of his way to refute Maariv poll that showed Naftali Bennett’s Yamina party closing the gap with Likud by a margin of 27 to 24.

Netanyahu disclosed in a tweet that Likud’s own voter research found Yamina 11 seats behind, 30 to 19.