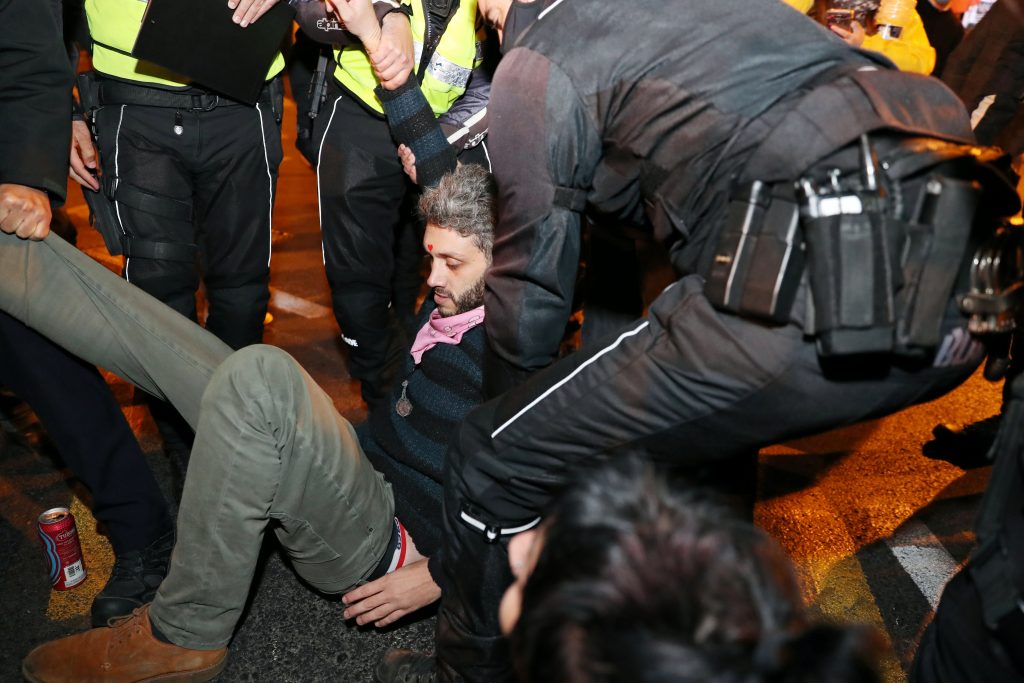 The turnout was noticeably lower than in recent weeks, presumably due to the weather.

Between 2,000 and 3,000 people gathered outside Netanyahu’s official residence in Yerushalayim, which has been the focal point of most of the demonstrations. A smaller crowd 1,000-2,000 protested outside Netanyahu’s private home in the upscale coastal town of Caesaria. Smaller gatherings took place at junctions and overpasses across the country.

Police detained four people during the rally in the capital, and a woman in her 60s was taken for medical treatment after allegedly being shoved to the ground by a policeman, according to Haaretz.

Protesters say Netanyahu should resign while he is on trial for corruption charges and accuse him of mishandling the country’s coronavirus crisis. The crisis has hit the economy hard and sent unemployment skyrocketing. Many of the protesters are young people who have lost their jobs. Netanyahu has said that most are leftwing activists seeking to exploit the situation.