Community President of European Parliament: No One Should Be Considered a Minority
Community 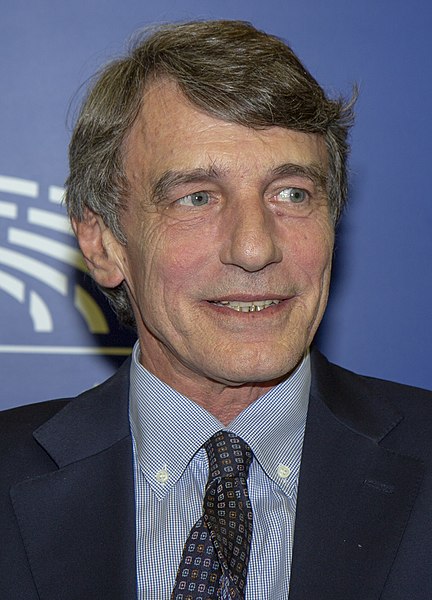 David Sassoli, president of the European Parliament, declared that “No one should be considered a minority [and therefore unimportant] due to their religion. Everyone should be regarded as a European citizen with full rights.”

President Sassoli was the keynote guest speaker at a virtual meeting of the Standing Committee of the Conference of European Rabbis (CER), held on Wednesday. The meeting was chaired by Dayan Menachem Gelley, Rosh Beis Din of the London Beth Din, and began with a welcome from Chief Rabbi Pinchos Goldschmidt, president of the CER.

Chief Rabbi Goldschmidt highlighted recent concerns of the Jewish community in Europe such as legislation in different countries which poses a threat to shechitah or to milah, and the constant fear of terrorist attacks, such as those in Paris, Nice and Vienna in the last few weeks, which targeted those speaking out for democracy and tolerance, as well as religious sites. He asked for President Sassoli’s assurance that the spiritual and physical protections, which the Jewish community currently enjoys, will be enshrined in European law.

President Sassoli began by stressing the need for a united Europe, based on the founding principles of the European Union, as a means for dealing with the current coronavirus crisis and seeing a stronger, better Europe emerge from this difficult time. He said that no one must be left behind, and that the EU must invest in justice and social solidarity, to be an example to the rest of the world.

Describing anti-Semitism as another virus to be combated, he said that the EU must work for the safety of Jewish people and Jewish communities. Sassoli said that the abuse, physical violence and desecration of communal buildings or cemeteries experienced by Jewish communities around Europe is unacceptable and cannot be allowed. He said that these acts cannot be met with indifference and that countries, and the EU itself, must enforce appropriate measures against them.

Sassoli spoke very warmly about the contributions which the Jewish people have made to Europe and to the EU. He highlighted the role of religion in building a world of people who are equal in diversity, and in promoting the democratic ideal. He said that coexistence and solidarity are the pillars of society.

In answer to questions posed by participants at the meeting, Sassoni said that freedom of religion is a founding value of the EU and that he hoped that any current disputes in national law would be resolved by referring to this. He reiterated that Europe needs everyone’s contributions and that it is unacceptable to view people as different due to their religion. Everyone must feel safe and protected, he said. “Over the last 70 years we have made some progress towards this, and we must continue to make further progress.”

“It is our challenge,” said Sassoli, “to cherish diversity, to guarantee religious practices and to ensure that Europe is a place where no one should be considered a minority, but where Jews can feel at home.”