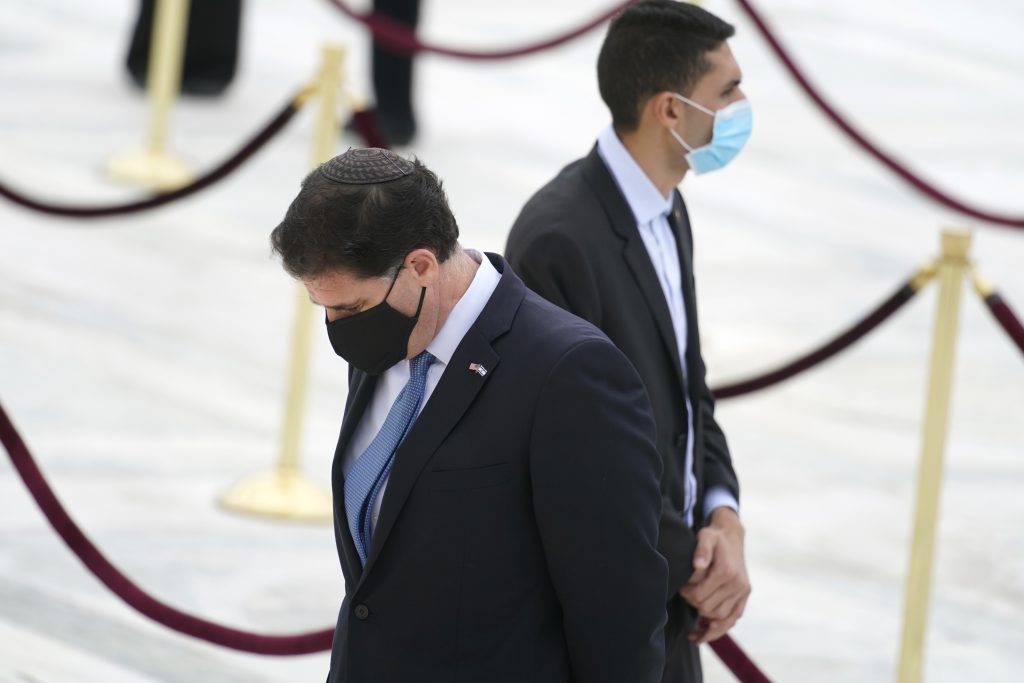 Israel’s outgoing Ambassador to the U.S. Ron Dermer has advised president-elect Joe Biden to talk with Mideast allies before seeking to re-enter the Iran nuclear deal, as he pledged during the campaign.

“I think it would be a mistake and hopefully he will look at the Middle East as it is, he will see the benefits of [the normalization] process, of how he can continue that process, and I think to not go back into the same deal,” Dermer said during a panel discussion with his Emirati and Bahraini counterparts in Washington, Yousef Al Otaiba and Abdulla Al Khalifa, according to The Times of Israel on Monday.

“The first thing I would say to the incoming administration: ‘Sit with your allies in the region. Listen to us. We have the most [stake] in the game. We have the most to lose. Speak to us. Try to work out a common position, which I think is possible, not only to do with nuclear issues but also to deal with the regional aggression of Iran,’” Dermer said.

He noted that both Israel and Arab states opposed the 2015 multilateral agreement and that their views should have been taken more into consideration by the Obama administration.

Dermer also pointed out that in nuclear talks with North Korea, countries in the region such as Japan and North Korea were in the room, which was not the case during the Iran nuclear talks.