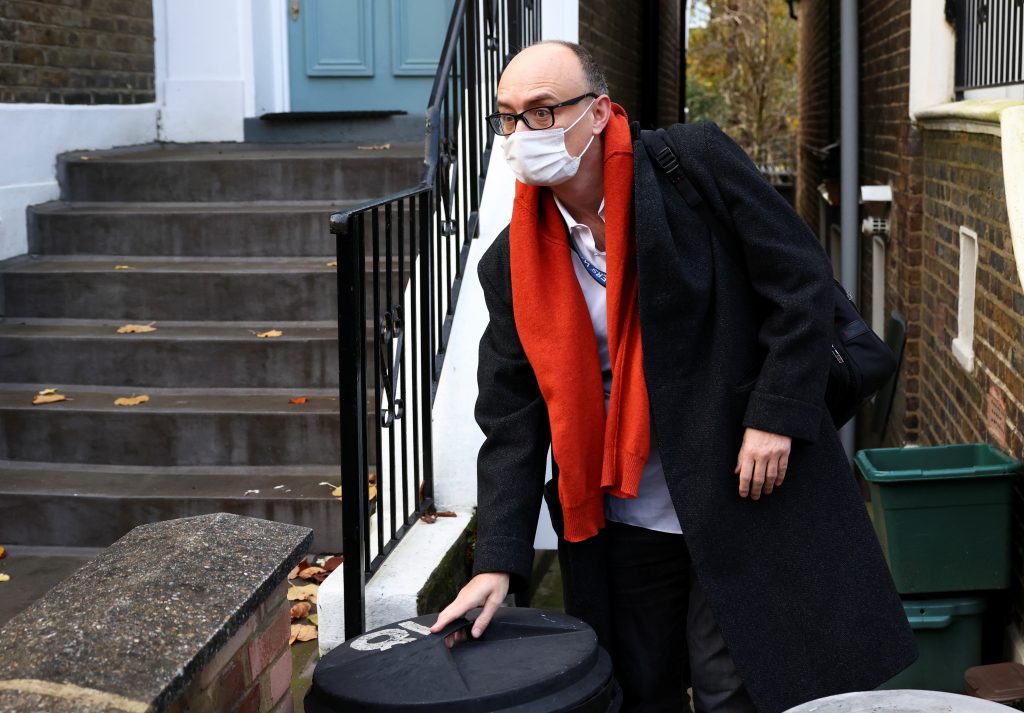 Dominic Cummings, one of British Prime Minister Boris Johnson’s most powerful advisers, will leave his position at the heart of Downing Street when Brexit is done at year-end, after an internal battle over who should be Johnson’s chief of staff.

Amid speculation that he would leave government, Cummings late Thursday night told the BBC that he planned to be “largely redundant” by the end of December. Political commentators had suggested Cummings would step down after one of his allies was denied an appointment as Johnson’s chief of staff.

Cummings, a chief architect of the campaign to have Britain leave the European Union, has been a divisive figure inside the Conservative government since Johnson became prime minister 18 months ago. His position weakened earlier this year after he drove hundreds of miles across England after contracting COVID-19, violating national lockdown rules.

The episode fueled complaints from senior members of Johnson’s Conservative Party that Cummings and other unelected advisers in the prime minister’s Downing Street office were effectively running the government, sidelining ministers and Parliament.

Bernard Jenkins, chairman of an influential committee of Conservative lawmakers, said Cummings’s resignation is an opportunity for Johnson to “reset how the government operates.”

“I would suggest there are three words that need to become the watchwords in Downing Street — they are respect, integrity and trust,” Jenkins told the BBC. “And certainly in the relationship between the Downing Street machine and the parliamentary party, there’s been a very strong sense that that has been lacking in recent months.”