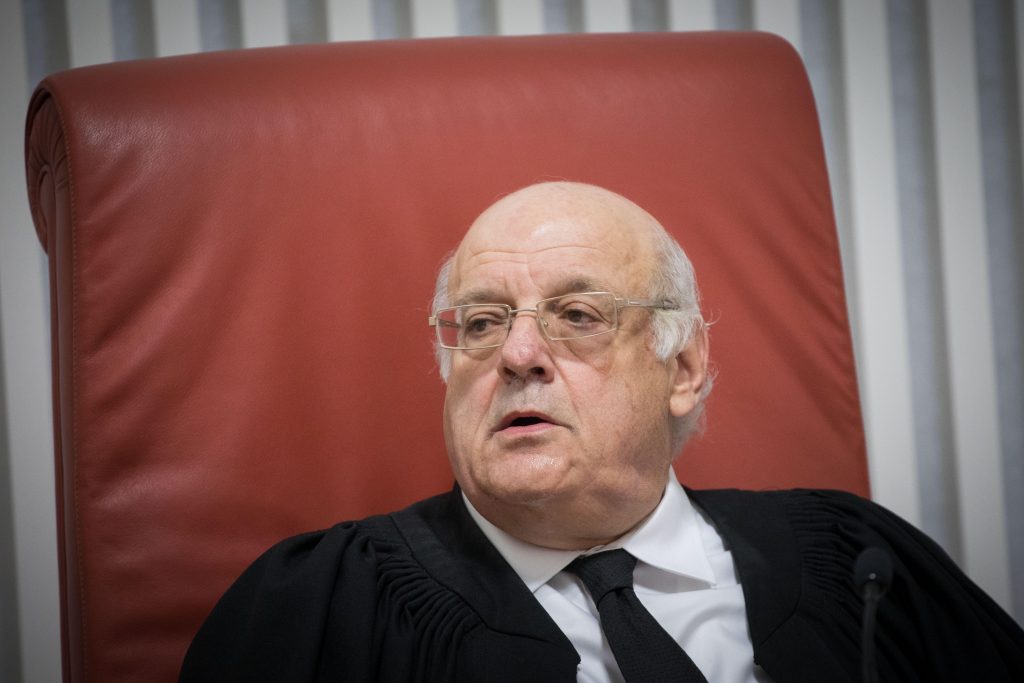 The government coalition, struggling for months with internal divisions, must now contend with a direct challenge from the High Court, which on Thursday gave it 21 days to explain why its novel and complex power-sharing agreement does not violate the constitution.

An expanded panel of nine judges, reserved only for cases of the greatest importance, will convene on the matter.

The notice to the government came in response to a petition from the Movement for Quality Government, which argues that the coalition deal unlawfully constricts the Knesset’s power to turn out a government.

The agreement between the Likud party and Blue and White entailed amendments to Israel’s Basic Law to ensure the premiership rotation and prevent each side from bringing down the government preemptively.

The MQG further charged that those amendments fundamentally change the system of government “in a manner that serves the man facing three indictments and who is attempting to evade justice,” an obvious reference to Prime Minister Netanyahu.

The legislation in question severely limits the Knesset’s ability to bring down the government, ostensibly to protect the unity coalition.

Knesset Speaker Yariv Levin (Likud), a longtime critic of the Court’s activism, warned that such proceedings are “laying the groundwork for crossing the red line of intervening in Basic Laws,” which were amended by the authority of the Knesset.

Denouncing the Court order as “outrageous”, he predicted that “any such step by the High Court broadens public support for changes to the way in which justices are selected and pushing out of the system justices who take advantage of their position to trample on democracy.”

Earlier in the year, Attorney-General Avichai Mandelblit gave the Court his opinion that the creation of the post of Alternate Prime Minister was constitutional, since the Knesset has authority to do so, citing previous High Court rulings.

In May, the High Court allowed Netanyahu to form his coalition despite being under indictment and upheld the main principles of the government deal as constitutional, but left some aspects of the issue undecided.

Its distaste for the coalition agreement is known. One former Supreme Court justice once described the deal as “shocking” and full of “legal monstrosities.”

Meretz leader Nitzan Horowitz welcomed the Court’s decision on Thursday and called on the judges to nullify the coalition agreement.

“The decision proved that the Netanyahu-Gantz government was formed on the basis of a corrupt agreement that went against the will of the voters and stole the election,” he said.