Israel Coronavirus Crossroads: To Open or Not to Open?
CoronavirusIsrael 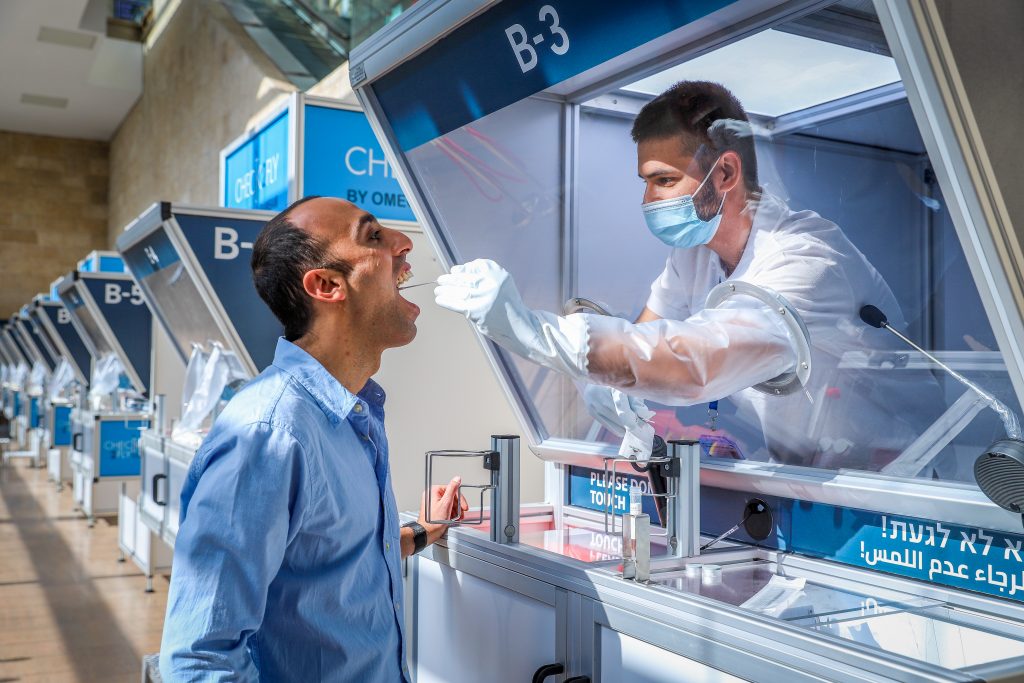 Israeli officials were in a quandary on Wednesday, caught between planned reopenings of more schools and businesses while signs of a coronavirus resurgence prompted talk of renewing restrictions.

The Education Ministry released on Wednesday an outline to open grades 5 and 6, along with 11th and 12th grade, with grades 7 through 10 still staying at home and learning remotely.

But infection data was causing a rethink. Government ministers were informed that Israel’s “R nought” — the number of people on average that each person infects — is rising and could lead to growing case numbers.

Hoping to avoid any further shutdowns, a night curfew was reportedly under consideration.

Prime Minister Binymin Netanyahu told the ministers he fears once again losing control of the pandemic in the coming weeks.

He isn’t alone. Defense Minister Benny Gantz, communicating with Israeli Prime Minister Binyamin Netanyahu through Facebook, wrote: “Netanyahu, we must convene the Corona Cabinet this week and give clear instructions to the public. Last week we decided to speed up the closure of red cities.”

“This is not happening at a satisfactory pace, even though we have lowered the criteria,” the defense minister explained. “Unfortunately, if we do not speed up the treatment of the issue, we will not be able to reduce the rate of infection.”

Gantz noted, “We also decided to raise the fines – and that has not happened yet – so we cannot improve enforcement and deterrence. Millions of students and business owners are waiting for our decisions in the Cabinet, so I demanded a debate this week to provide certainty where we can discuss our decisions to fight the disease, as well as the possibility of opening part of the economy in a partial outline in open areas as proposed by the heads of the local councils and the education system, according to the proposals on the matter.”

“We must not wait until next week – simple, clear and responsible decisions must be made now,” Gantz concluded.

Meanwhile, all five Yamina MKs and their staff went into quarantine, after MK Matan Kahana of the party was diagnosed with coronavirus.

The army isn’t immune either. Army Radio said on Wednesday that 32 Givati Brigade soldiers have tested positive for COVID-19. They have been quarantined and are receiving treatment.