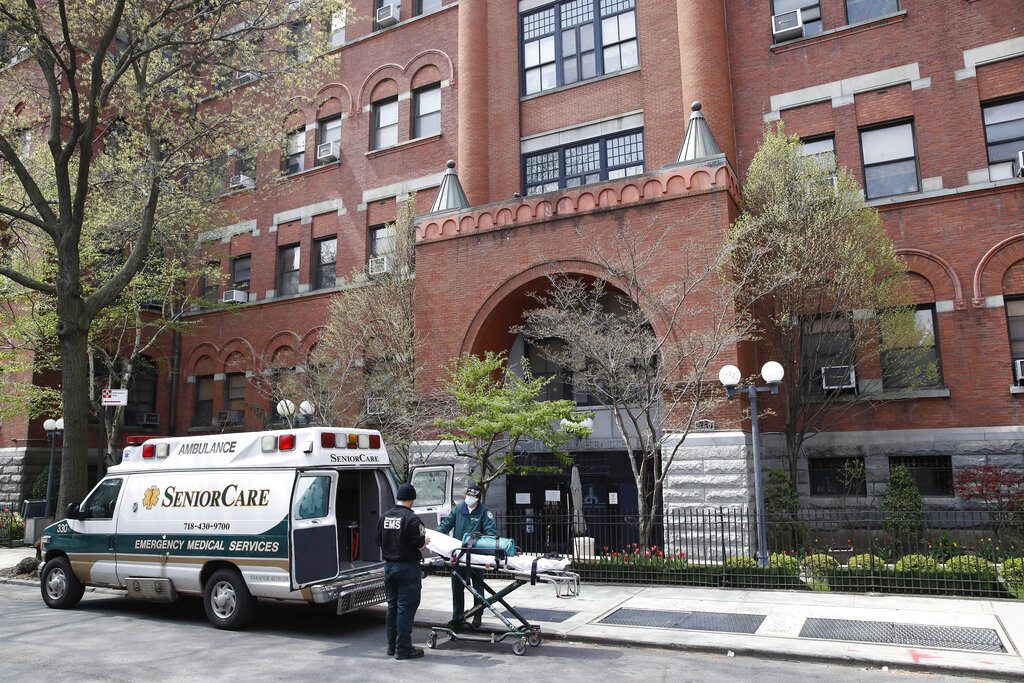 Coronavirus cases are surging within facilities in states hard hit by the latest onslaught of COVID-19.

The U.S. set another record for daily number of coronavirus cases over the weekend, with more than 126,000 positive cases and more than 1,000 deaths from COVID-19 reported on Saturday, according to the most recent data from Johns Hopkins University.

It marked the fourth day in a row that new cases topped more than 100,000 as the country has broken its own record for daily cases with nearly every passing day this week.

The virus death toll is also rising in the country.

The seven-day rolling average for daily new deaths rose over the past two weeks from 801 on Oct. 24 to 930 on Nov. 7, the university said.

Nursing homes and other long-term care facilities account for about 1% of the U.S. population, but represent 40% of COVID-19 deaths, according to the COVID Tracking Project.

An analysis of federal data from 20 states for The Associated Press finds that new weekly cases among nursing home residents rose nearly four-fold from the end of May to late October, from 1,083 to 4,274. Resident deaths more than doubled, from 318 a week to 699, according to the study by University of Chicago health researchers Rebecca Gorges and Tamara Konetzka.

Equally concerning, weekly cases among nursing home staff in surge states more than quadrupled, from 855 the week ending May 31, to 4,050 the week ending Oct. 25. That rings alarms because infected staffers not yet showing symptoms are seen as the most likely way the virus gets into facilities. When those unwitting staffers test positive, they are sidelined from caring for residents, raising pressures on remaining staff.

The nation is setting records for coronavirus cases heading into cold-weather season, when many experts expect the virus will be harder to contain. The seven-day rolling average for daily new cases stood at nearly 104,000 on Saturday, according to data from Johns Hopkins University.

The study, based on data reported by nursing homes to the government, also raised other concerns:

For the week ending Oct. 25, about 1 in 6 nursing homes in surge states did not report having tested staff the prior week. Government requirements call for staff testing at least weekly in areas where the virus is spreading.

During the same period, nearly 1 in 5 nursing homes reported shortages of basic protective supplies such as masks and gowns.