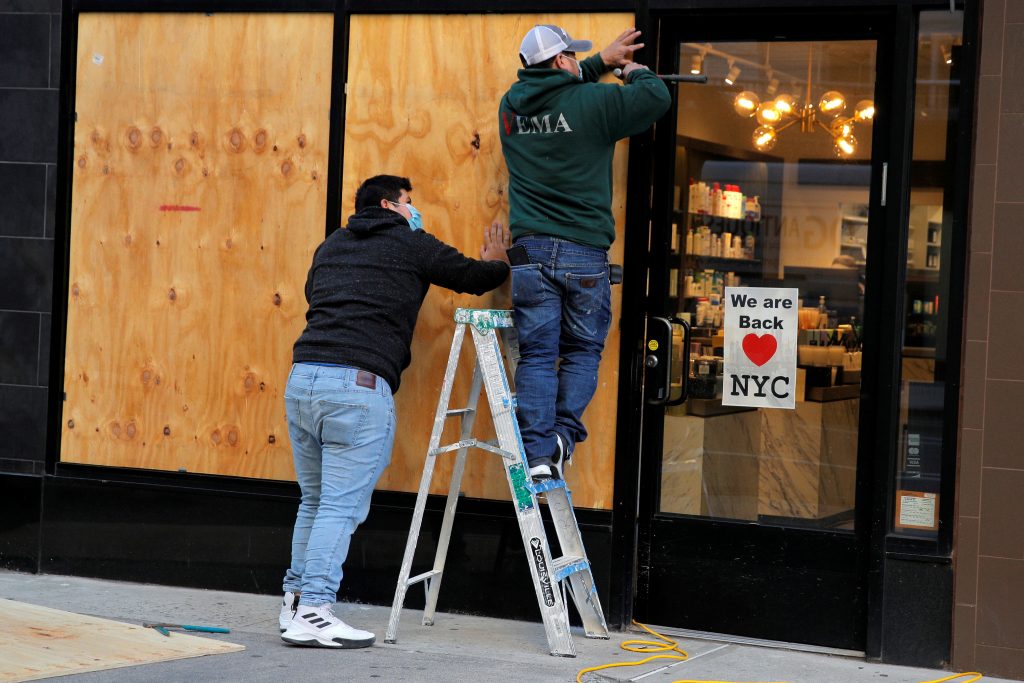 They are expected to come on Tuesday; sometimes right after midnight, sometimes in the morning. On rare occasions, they first make their appearance Tuesday evening, but by the time we leave the house Wednesday morning, the garbage cans stand empty with their tops strewn across the sidewalk or lawn, and the recyclables are on their way to a plant to be converted into usable items once again.

Yet come Wednesday morning in early November, we find our garbage cans curbside with the lids secured, waiting ever so patiently for the Sanitation Department to send a crew to cart the refuse away. Perhaps they will wait until Friday, when the next pickup is scheduled.

This Tuesday, there was no pickup, because the Department of Sanitation was closed for Election Day.

The same goes for the public schools and other governmental offices throughout the country. With so many workers having the day off, it is possible that businesses located in commercial zones expect less foot traffic, and they may close as well, perhaps to fulfill their own civic duty of casting their votes for their favored candidate.

Yet “Closed for Election Day” this year has taken on a completely new meaning. As citizens nationwide cast their votes, businesses are hunkering down in fear of the aftermath they expect when the votes are finally tabulated. Many are worried that instead of a celebration of democracy, they will encounter a wave of destruction, with smashed windows, looted merchandise and perhaps even a smattering of arson.

In anticipation, plywood covers the plate glass windows of retailers who are afraid their businesses will be ransacked, their merchandise plundered as the enterprises they worked a lifetime to create figuratively and literally go up in smoke.

How have we reached this level of depravity and fear? What has happened to “the peaceful transfer of power”? The political “honeymoon” period, the calm cooperation afforded the new administration who took the reins of government, has seemingly vanished, replaced by contentious brawls where political figures paint their opponents as proponents of the end of civilization.

Diminished civility in the halls of government has affected the demeanor of civilization. Long gone are the days when partisan rivals could reach across the aisle, compromise by splitting the difference, or even agree to disagree. Political discourse has descended into character assassination and unfounded accusations of criminality without any attempt to understand the opposing point of view and consider options for cooperation.

Dehumanizing a political opponent as an adversary of humanity emboldens feral behavior in which the streets of our cities have metamorphosized into a junglelike environment. Hence, intimidation and riots are accepted to cancel not only the culture, but indeed any attempt to come to agreement through discourse.

The time is ripe for all parties, winners and losers, to come together and decrease the “dis” in our discourse, and strengthen the historic cooperation between all branches of government. By returning decorum to the halls of government, it will restore the prominence of the “awe of the monarchy,” and we shall no longer suffer from “man will swallow his fellow man alive” (Avos 3:2).