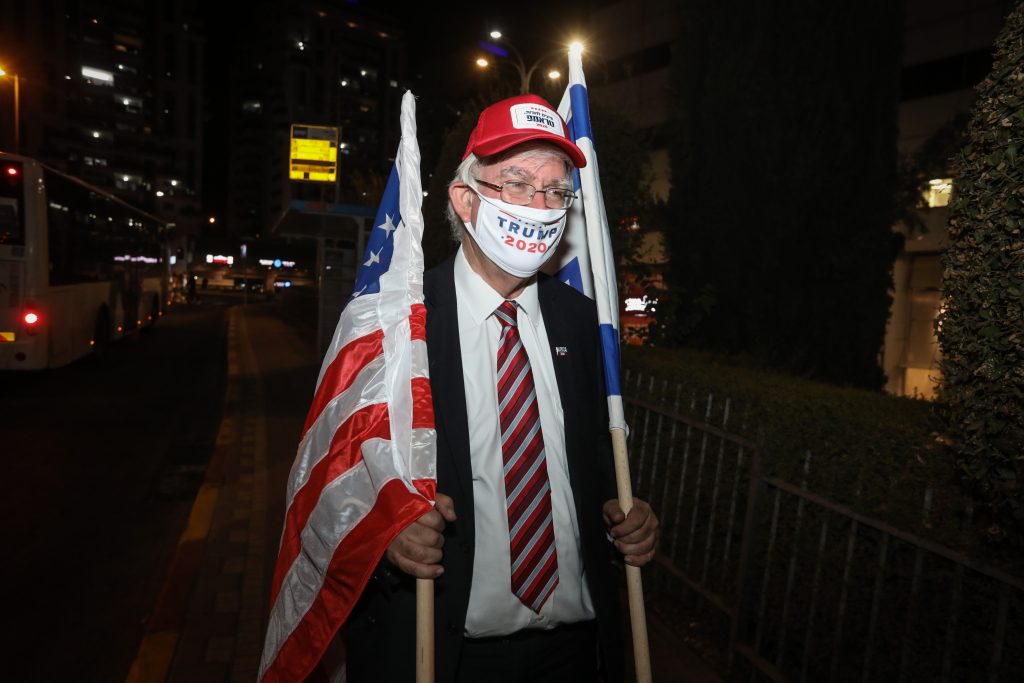 In line with previous polls, the Israel Democracy Institute said that 70 percent of Israeli Jews believe that the reelection of President Donald Trump would be better for their country than the election of Joe Biden.

The survey asked whether Trump or Biden is the preferred candidate, “from the standpoint of Israel’s interests.”

Unsurprisingly, support for Trump was much lower among Arab Israelis, with 36% saying he was the preferred candidate, 31% saying Biden, and 33% saying they didn’t know.

In the light of Trump’s unprecedently positive stance toward Israel, respondents were asked how a Biden victory might affect the bilateral relationship.

If Biden wins, 42% of Israeli Jews say it will weaken the alliance, with only 7% saying it will strengthen it. Among Arab Israelis, those figures were 24% and 16%, respectively.

“Presumably this pronounced preference among the Jewish public for Trump to keep serving stems to a large extent from the assessment that Biden’s election would weaken U.S.-Israeli relations, and strengthen the relationship between Washington and the Palestinians,” IDI commented.

The survey polled 611 men and women in Hebrew and 150 in Arabic, constituting a representative national sample of the population of Israel, with a margin of error of +/- 3.7%.