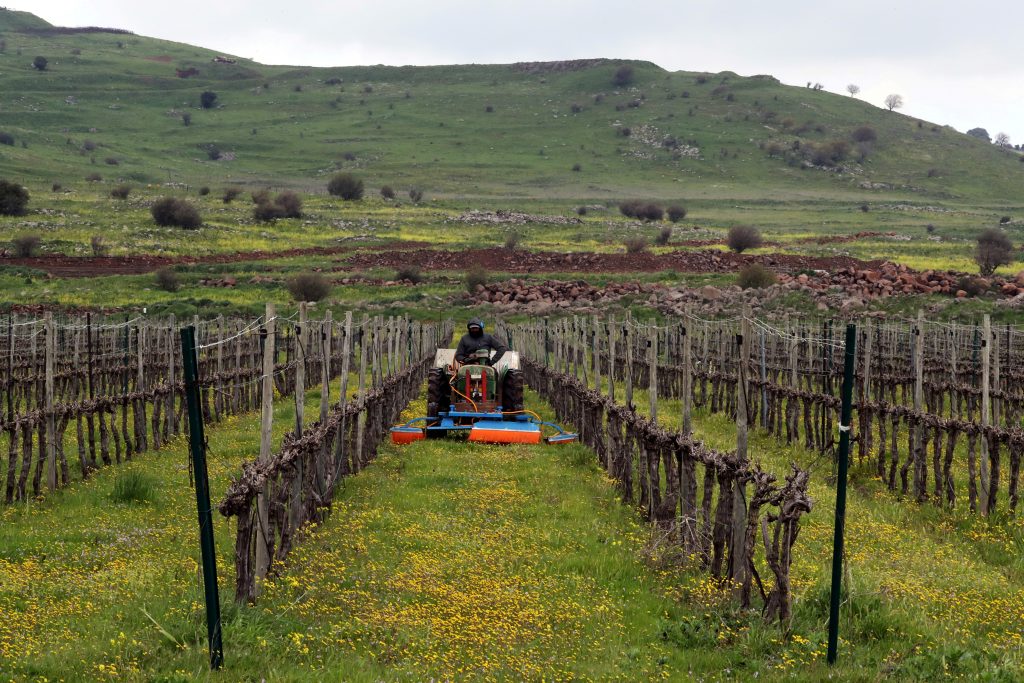 The Golan Heights Winery will display its bottles on shelves in Dubai this week, the Israeli company said.

The sale of Golan wine in Dubai, and soon after elsewhere in the United Arab Emirates, follows a normalization in relations reached between the UAE and Israel last month.

The UAE foreign and economy ministries did not respond to requests for comment on the wine deal. The Gulf state has described the Golan, captured by Israel in the 1967 fighting, as Syrian territory, and along with the international community did not recognize Israel’s annexation of the area in 1981.

Last year, U.S. President Donald Trump recognized Israeli sovereignty over the Golan. The UAE said at the time the U.S. move “disrupts all efforts to achieve lasting peace in the Middle East.”

The Golan Heights wine brands – Yarden, Gamla and Mount Hermon – will be sold through African + Eastern (A&E), one of the largest importers of alcohol in the Gulf, Golan Heights Winery said in a statement.

The wines will be available in hotels, restaurants and retail alcohol stores. In the UAE only non-Muslims are legally allowed to drink.

Kosher wine from South Africa is already sold in the UAE but this will be the first Israeli-made wine in the Gulf state.

The Golan winery is targeting the wave of Israeli and Jewish tourists expected to visit the UAE as well as other tourists and locals who are allowed to consume alcohol.

“This is an historic launch and we expect a successful and long-term collaboration with the Golan Heights Winery,” A&E CEO Jason Dixon said in the statement.

Golan Heights Winery CEO Yair Shapira said the UAE was a market “with interesting and unique potential.” He said his firm would “open the gate” and introduce UAE residents and guests to the Israeli wine industry.