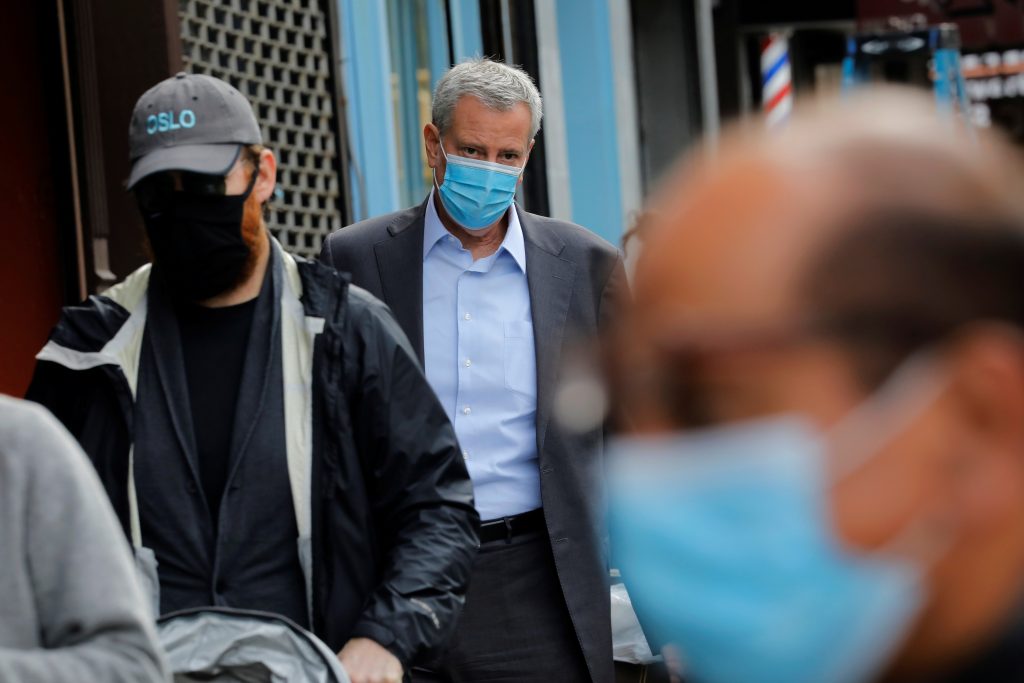 Among the people braving another day of long lines for early voting was New York City Mayor Bill de Blasio. The Democrat joined the end of a half-mile-long queue at his Brooklyn polling location in the early afternoon and then waited 3 1/2 hours to cast his ballot.

“I’m a little tired like everyone else, but it’s important. Nothing more important than voting this year,” he told reporters after emerging.

For voters who would rather not cast their ballot in person, Tuesday was the last day to apply for an absentee ballot online, by email, by fax or mail.

New York is the largest of over two dozen states, including Pennsylvania, Illinois, and Ohio, where voters can request an absentee ballot as late as seven days before the election.

Reports of long waits at early voting sites have led to criticism that there are too few voting locations. There are 280 early polling sites statewide, including 88 in New York City.

In 35 counties, there is only one early voting site.

Ulster County Executive Pat Ryan said his county’s already surpassed all early votes cast in 2019 and called on his county board of elections to expand hours and add additional polling locations.

“With five more days of early voting remaining, we must bolster our efforts and do everything that we can to ensure all of our residents can vote safely and quickly,” he said.