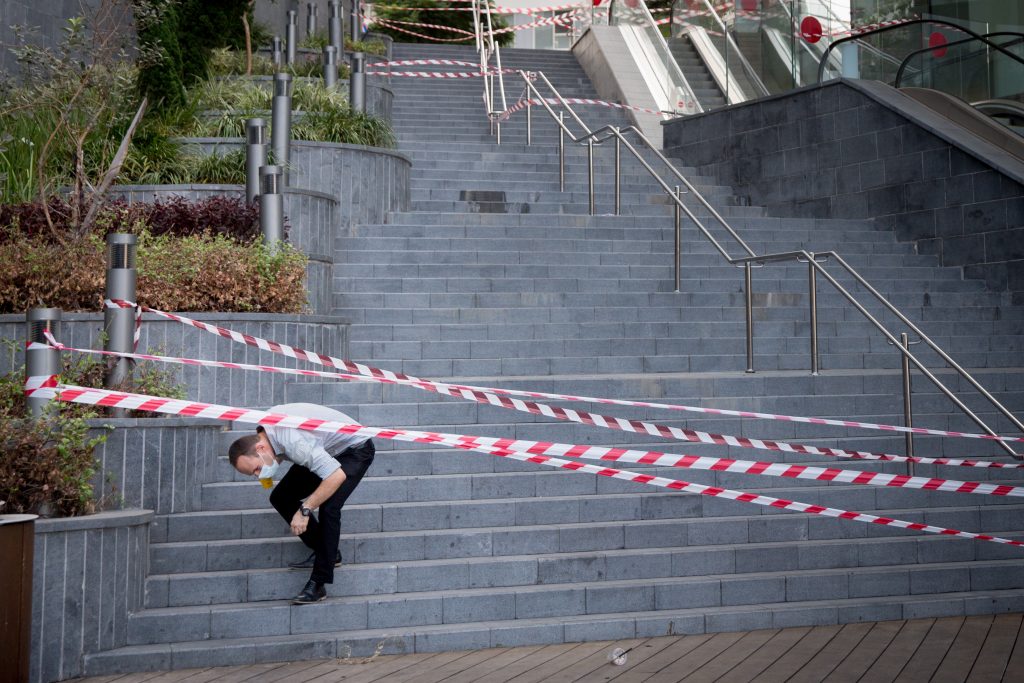 The coronavirus cabinet again decided to proceed cautiously with the lifting of a five-week lockdown, delaying the gradual reopening of schools and businesses until November 1.

Despite great pressure to reopen amid falling infection levels, the ministers, hoping to avoid yet a third wave of the pandemic in the winter, chose to wait a few more days for an additional margin of safety.

Speaking ahead of the cabinet meeting on Sunday, Netanyahu said: “It could be that [schools] will partially open for first and second grades [on November 1], and we will also discuss the partial opening of commerce, again, gradually and responsibly, and of course this all depends on the level of morbidity.”

Schools continued to be a flashpoint of controversy. Leaks to local media from the meeting quoted Netanyahu as saying the government cannot afford to split the lower grades into “capsules” or pods of fewer children to accomodate a Health Ministry demand, which he estimated would cost the state billions of shekels.

Ministers have been discussing a plan that would return kids in grades 1-4 to school — to enable parents to go back to work — while older students remain at home.

The plan to split grades 3 and 4 into pods has been approved and funded. However, the Education Ministry says implementing that solution in grades 1 and 2 as well, as the Health Ministry is demanding, would cost an additional NIS 5.3 billion ($1.57 billion) and require five weeks of preparation including the hiring of 13,000 new employees, according to The Times of Israel.

The Finance Ministry reportedly opposes any plan that would require additional funding, warning that the state deficit has already swelled dangerously.

“We cannot disperse without a decision. I cannot accept that first and second grades will learn three days a week — it’s impossible for the children,” said Rabbi Deri, according to Channel 12.

Also under consideration are “special arrangements” for tourism for Eilat and its environs.

“We are making special arrangements for them because they are isolated, they are separated. This is very important news for the residents of these areas, and also for the citizens of Israel, who would like to go to defined and safe places,” Netanyahu said, apparently referring to a Tourism Ministry proposal for a travel corridor that would be insulated from the pandemic.

Discussion was also devoted to the possibility of significantly increased fines to tamp down noncompliance.

“Today, we will submit to the cabinet increased fines so that everyone, without exception, across Israeli society, honors the agreements. This is not aimed at anyone – it is aimed at the virus. It is aimed on behalf of the health of us all,” said Netanyahu.

The Coronavirus project manager Ronni Gamzu stressed the need for keeping up a high level of testing, saying that it will be impossible to continue easing restrictions if a daily test rate of 50,000 cannot be maintained.

Gamzu said that despite a national capacity for 70,000 daily tests, the number of people applying for tests has dropped off in recent days, and stands only at some 40,000.

“The problem is a lack of response and will by the public to be tested,” he said.

Gamzu said infection rates were down among chareidim and up in Arab communities, but testing rates had dropped among both.

Regarding the situation in Arab towns, Gamzu told the Kan broadcaster: “There are probably dozens of weddings a day in the Arab community. Sakhnin and Umm al-Fahm are in danger of becoming ‘red’ cities.”

He also noted that the data was not in yet to enable the government to determine the effect of the reopening of preschools and daycares last week.