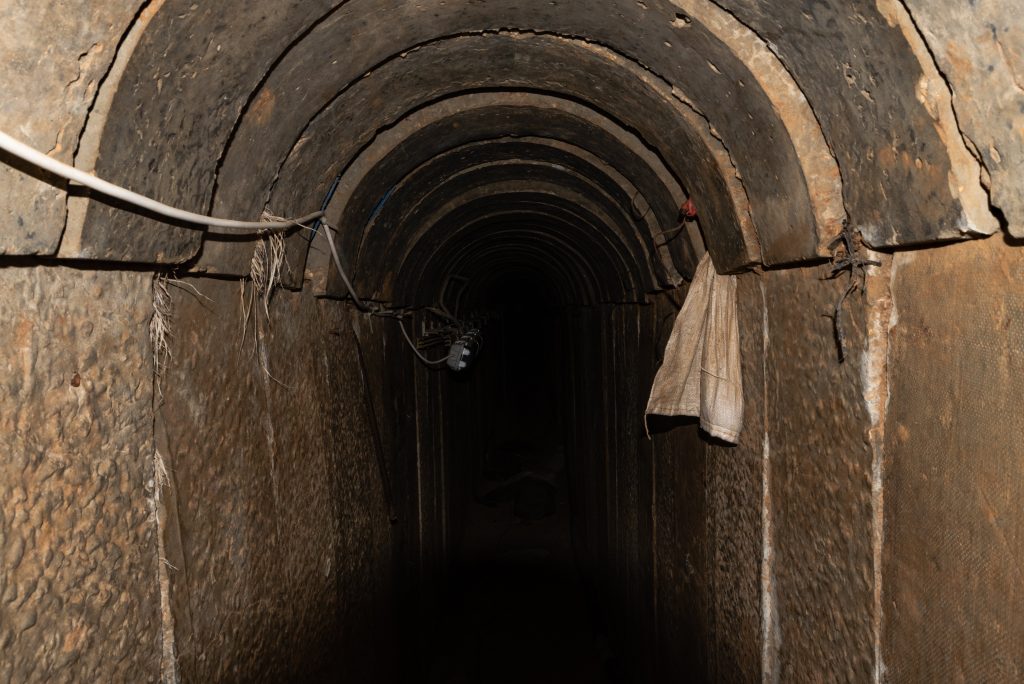 The IDF has exposed a “terror tunnel” extending from the Gaza Strip into Israeli territory, the military said on Tuesday evening.

IDF Spokesperson Brig.-Gen. Hadi Zilberman disclosed that “in the past few hours IDF forces have exposed an offensive terrorist tunnel that crossed into Israeli territory, but did not cross the barrier that is being established these days.”

The tunnel, which reportedly runs several yards into Israel, was discovered following an “indication” from the barrier system being installed on the border. Military engineers located the concrete-lined tunnel near the southern Gaza city of Khan Younis.

“The route [of the tunnel] was located as part of the ongoing efforts to find and neutralize tunnels and thanks to the technological and [intelligence] collection capabilities of the barrier,” the IDF said in a statement. It was the barrier’s first such success.

Zilberman stressed that “the tunnel was still in the process of being built, so that at no point did it pose a danger to the surrounding towns. It will be neutralized in the next few days,” he added.

Although the military does not yet know which terror group was digging it, it reiterated that Hamas, which controls the Palestinian enclave, will be held responsible for all hostile actions.