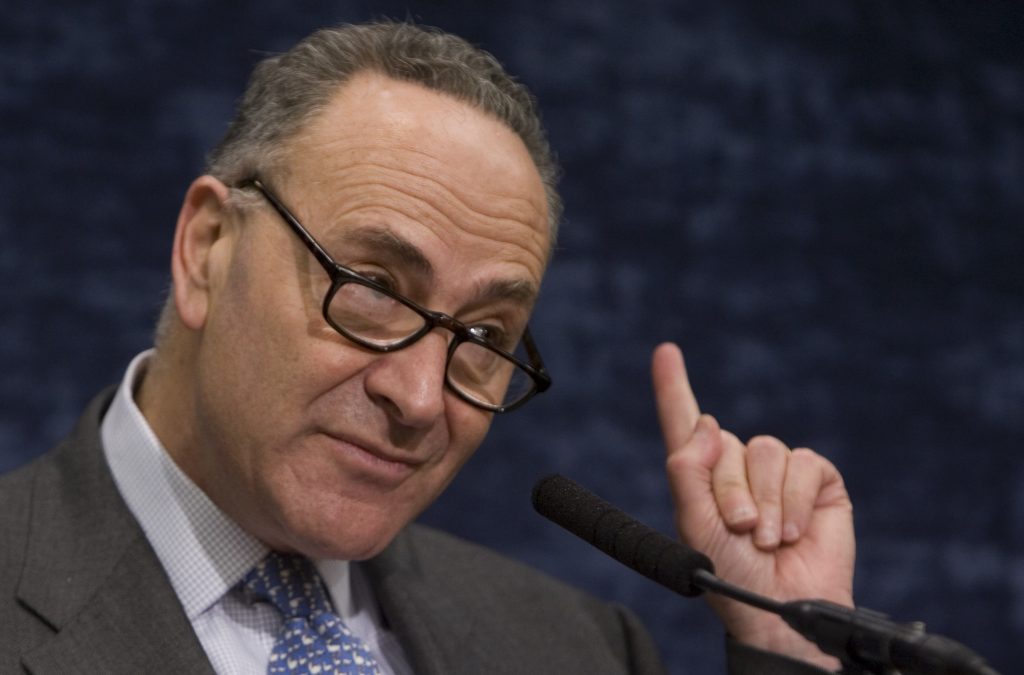 Senate Minority Leader Charles Schumer, D-N.Y., said Tuesday that he has had a “serious talk” with Sen. Dianne Feinstein, D-Calif., after some liberal groups criticized her handling of last week’s Supreme Court confirmation hearings and requested she step aside as the top Democrat on the Judiciary Committee.

Schumer, who has also faced doubts about his strategic moves from the most liberal activists, declined to say what steps he would take but acknowledged the problem had prompted a real discussion about Feinstein holding such an important post.

“I’ve had a long and serious talk with Senator Feinstein. That’s all I’m going to say about it right now,” Schumer told reporters at his weekly Tuesday news conference.

Feinstein, 87, is the oldest senator and would be poised to chair the committee should Democrats win the majority in November’s elections, putting her in charge of shepherding the potential Biden administration’s most critical nominees to the Justice Department and federal courts. The Senate panel also has jurisdiction over immigration legislation, gun laws and other hot-button issues.

While some activists wanted Democrats to boycott the hearings for Judge Amy Coney Barrett, Schumer and Feinstein decided to engage the nominee and paint her as a likely vote against the Affordable Care Act in the upcoming Supreme Court consideration of that 2010 health law.

As the hearings ended Thursday, Feinstein credited Republicans for holding a hearing with decorum and even hugged Sen. Lindsey Graham, R-S.C., the chair who had previously pledged to never consider a Supreme Court nominee in an election year.

Graham also is locked in a competitive Senate race.

NARAL Pro-Choice America’s president, Ilyse Hogue, waited a day before issuing a statement that said Democrats needed committee leadership that “underscores how unprecedented, shameful and wrong this process is.”

Feinstein, Hogue said, “failed to make this clear and in fact offered an appearance of credibility to the proceedings that is wildly out of step with the American people. As such, we believe the committee needs new leadership.”

Schumer’s aides did not respond to requests for any further explanation about the talk with his colleague of 22 years, including 18 years in which they served together on the Judiciary Committee.

As anger swirled when the hearings ended, Feinstein’s office issued a statement explaining her rationale in the hearings and how Democrats were powerless to defeat Barrett’s nomination to succeed the late Justice Ruth Bader Ginsburg.

“The Senate is structured so the majority had absolute control over this process. When Republicans signaled they’d move ahead in the face of all objections, the only thing we could do was show this nominee would radically alter the court, and we accomplished that,” she said in the statement. “I plan to vote no on confirmation of this nominee.”

On Tuesday Graham came to Feinstein’s defense, suggesting it was all part of the growing polarization among political activists.

“Some people, it’s not whether you agree with them. You have to hate the people that they hate, and that’s a race to the bottom. And Dianne – I feel terrible, I really do, she’s a good person,” Graham told reporters in the Capitol.